Explosion in Knox linked to meth lab in apartment 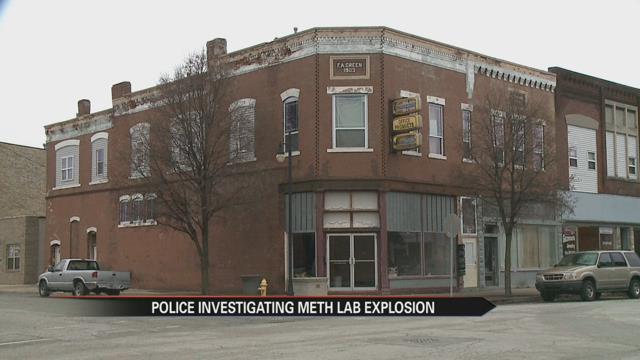 An explosion in an apartment building on Main St. in Knox revealed an active meth lab in one of the units.

“It gives a black eye to your community,” Richard Sommers, who owns a bar down the road from the incident, said.

Knox City Police responded to a call of a possible explosion just after midnight Tuesday morning in a second-story apartment building on the corner of Main and Lake Streets.

“We are a small community and it is a tight community,” Sommers said. “So I think it hurts everyone that this is going on.”

Police arrived on the scene two minutes after the call came in.

Police and firefighters evacuated the building because residents share a common hallway in it, and after entering a certain apartment in the hallway, police found something.

“It was determined that there was an active meth lab in one of the apartments,” Norem said.

Indiana State Police were called in to tend to the lab while Knox Police worked on locating the people who lived in the apartment.

“[Officers] were advised that a male and female with a small child was observed leaving the scene, prior to the officers arriving,” Norem said.

Hours later – around 6:20 a.m. – the family of three was found at a local fast food restaurant.

The man and woman were arrested and the child, who police said is either three or four-years-old, was evaluated at a local hospital and then released to child protective services.

“It seems that the parents are more in love with the drug than they are their own children,” Norem said.

And Sommers said news of a meth lab in the heart of town was shocking to him.

“I’m a little surprised it was here on Main Street,” Sommers said.

Nobody was injured in the explosion but two responding officers were evaluated at a local hospital for smoke, and possible chemical, inhalation.

The officers were released early Tuesday morning and state police are evaluating the apartment building for any lingering hazardous chemicals.