Explosion shakes the streets of Detroit 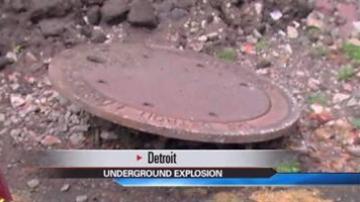 DETROIT — An underground explosion pushed manholes into the air Saturday.

It was so strong that it knocked some people to the ground.

One woman visiting from Washington, D.C. said she never expected something like this to happen in Detroit.

"People don't expect there to be an explosion on a holiday weekend in Downtown Detroit," said Lisa Thompson Taylor. "In Washington, D.C., I think people would have gone into the fetal position, and tucked, and then prepared. You're always sort of on alert. You don't expect it here."

There were no reports of any injuries and crews are working to solve that problem.