Extreme flooding in Nebraska has cost nearly one billion dollars of agricultural losses, and once the water recedes, that price will be even higher.

The town of Bellevue, NE is under water. Most of the monetary losses are in farm towns like this, because farmers have been storing much of their corn, soybeans and grain due to the trade war with China, but now, many of those storage bins have been destroyed and the crops with it. Cattle are dead, machinery is buried in mud, and infrastructure is being destroyed.

Satellite imagery from NASA shows eastern Nebraska and western Iowa March 20th of 2018, and compares it with March 16th of 2019. The rivers are extremely swollen. 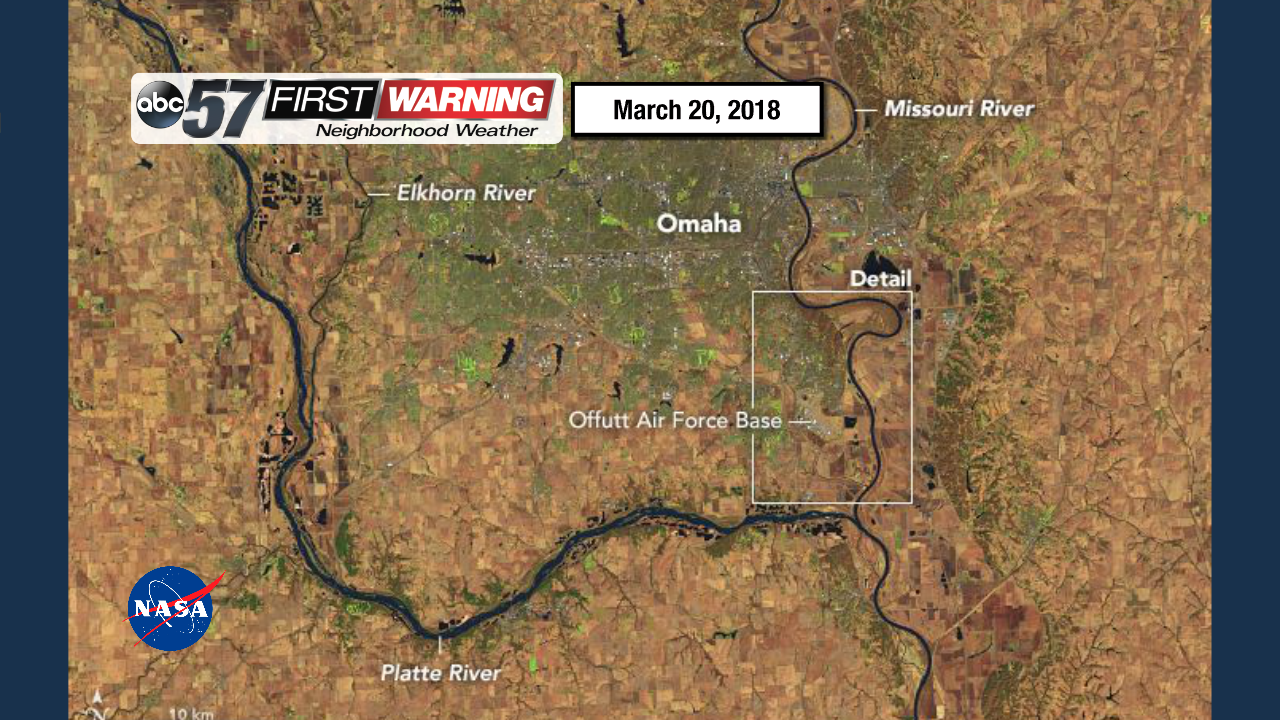 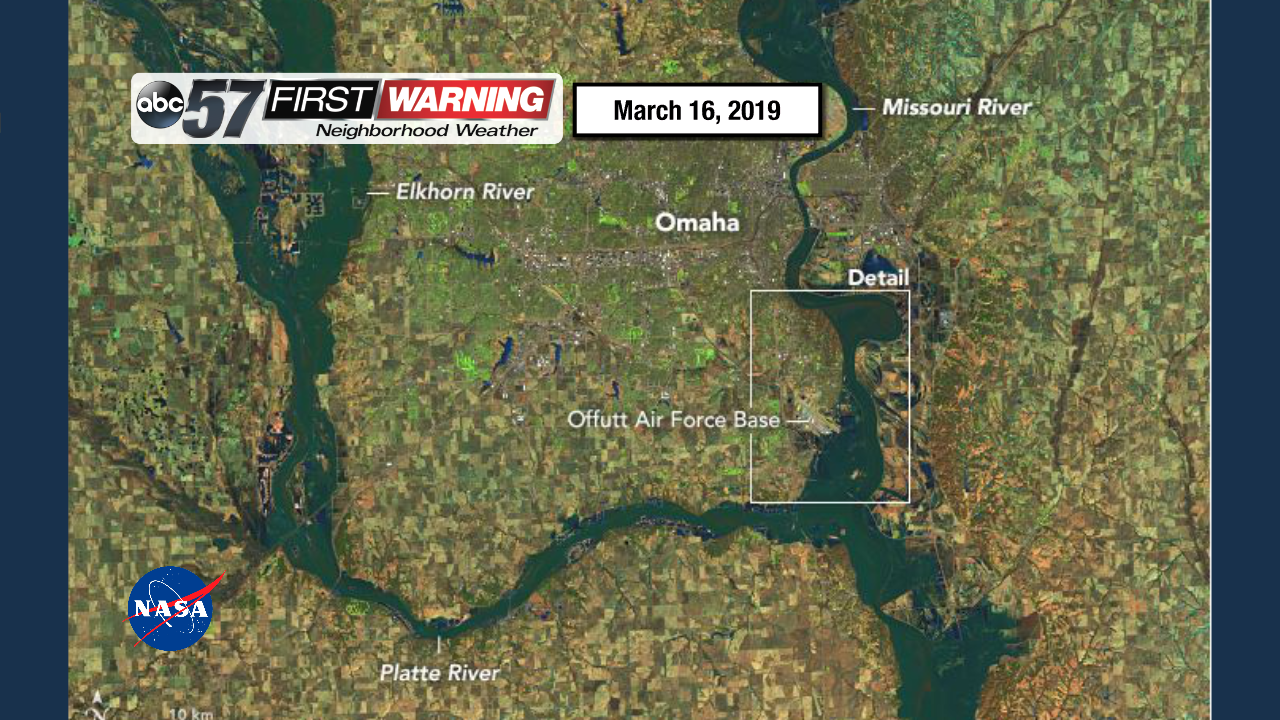 At least 27 river gauges in the Missouri River basin have set new all-time record high water levels. This is eerily familiar to the flooding we saw in Michiana last February, but much more widespread.

The "reasons" for the historic flooding are very similar to our February 2018 event. The city of Lincoln, NE received record snowfall this past winter of 55". This leaves a lot of snow that has to melt. Temperatures in Norfolk, NE were record cold on March 3rd, freezing the ground and forming a ton of ice on the rivers. Then, on March 13th, there was a big warm up and record rainfall in Sioux City, IA. This melted the snowpack, caused ice jams in the rivers, and rainfall could not seep into the frozen ground. It was a recipe for disaster. 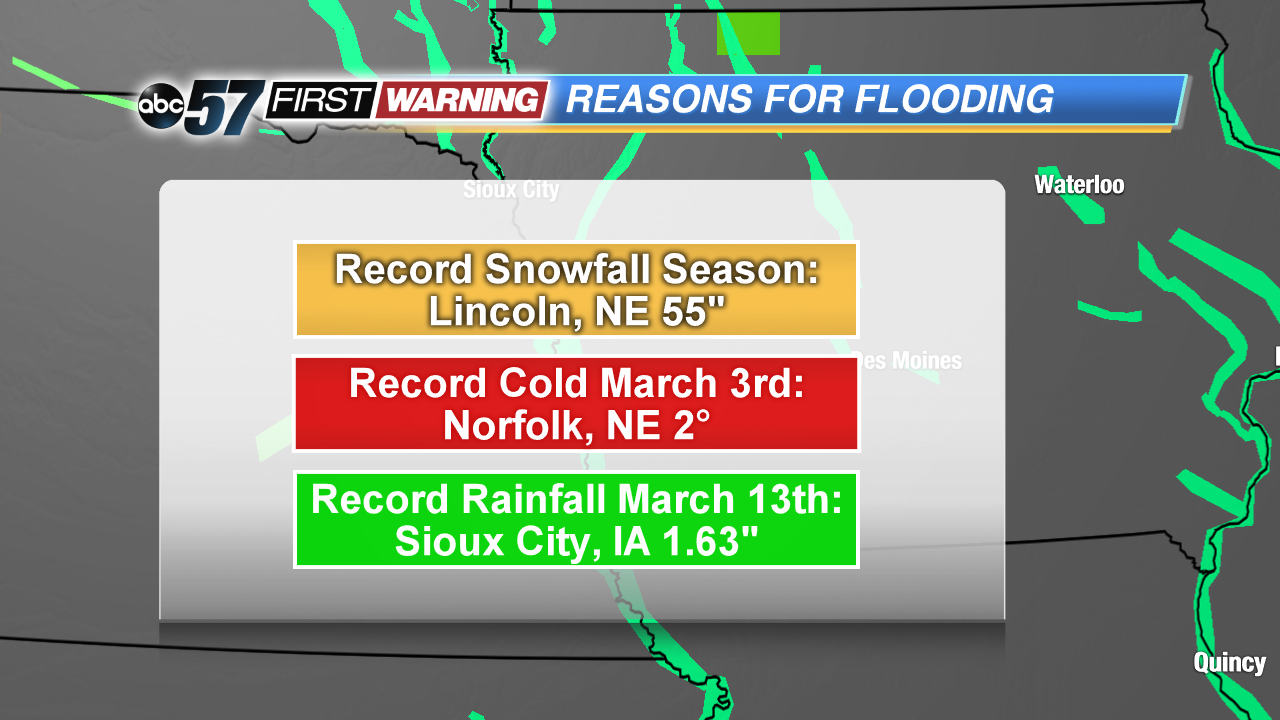 Flooding has started to go down a bit, but the latest outlook by NOAA predicts major flooding will continue through May as more weather systems move through.