Extreme Preppers: How much is too much? 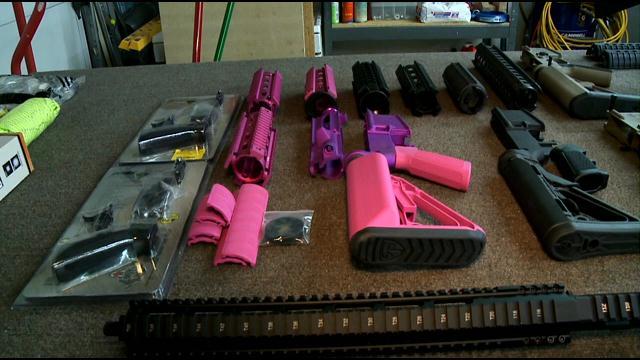 While most people try to be prepared for a major snowstorm, there are people who prepare for the rare events like a mass terror attack, major ebola outbreak, or even a catastrophic continental shift. ABC57 investigates the world of extreme prepping.

Extreme preppers stockpile food, water and weapons to prepare for everything from national emergencies to the end of times.

In Michiana there are Michigan Preppers and Northwest Indiana Preppers.

In Crown Point, Indiana, Brad - who didn't want his last name used - is an extreme prepper.

He said he felt it was necessary to prepare.

"I was worried I could be looked at strangely," said Brad.

Brad wants to make sure his family is prepared for the worst.

Brad says he's done this on and off for years because he's a father who's just trying to protect his family of five.

"I'd let it go for a while and then I'd get back into it--you know, something on the news would get you right back into it," said Brad.

Indiana University South Bend Psychology Professor Catherine Borchuk says it's okay to be prepared for things like a natural disaster when power, food and water are in short supply.

"If you start with something as a small idea and something that might occupy you in terms of pursuing a hobby and it becomes more and more central to your everyday life-you may want to do a little check with yourself---and ask what was the original plan," said Borchuk.

Brad admits some people have thought he was nuts.

"I've gotten that from some family members who were in here and say why?" said Brad.

Whether he's considered an extreme prepper or just prepared, he's happy with who he is.

"In my mind I don't feel off or different, I really don't," said Brad.