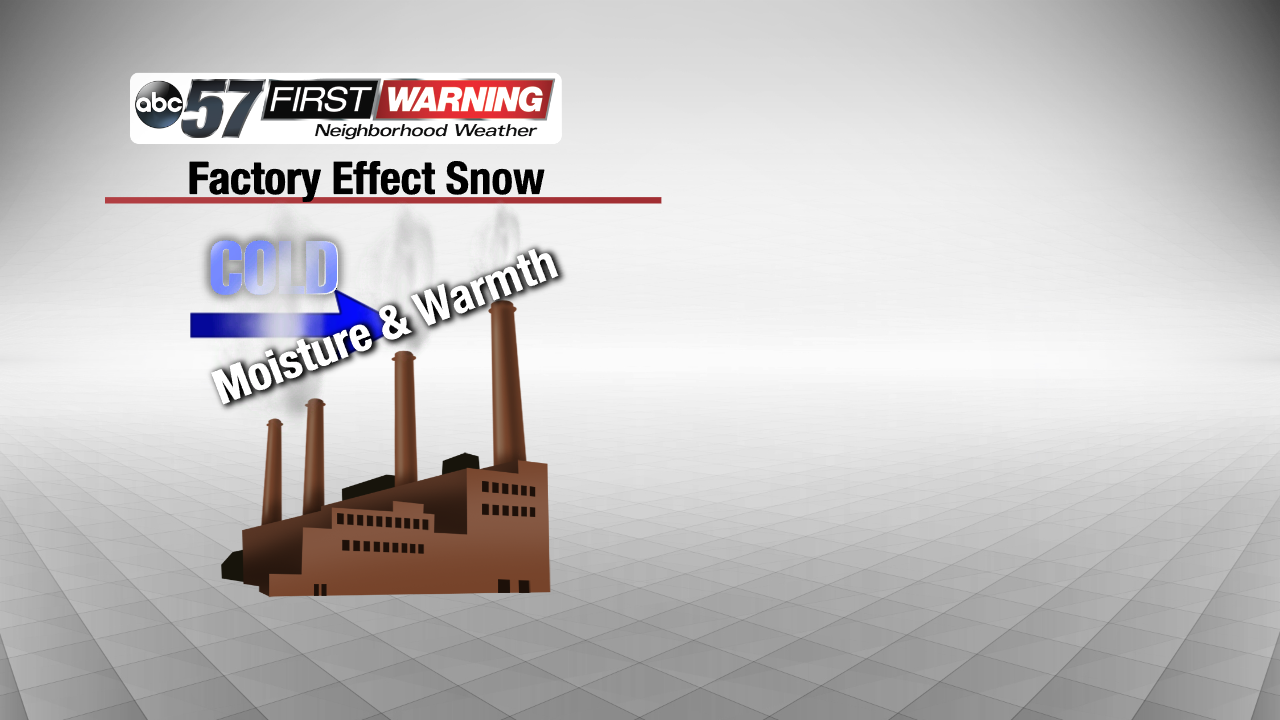 Steam from smoke stacks interacts with cold, dry air.
We all know about lake effect snow here in Michiana, but what would you say to the idea of factory-effect and water treatment plant-effect snow? Believe it or not, both of these phenomena exist and can happen locally! 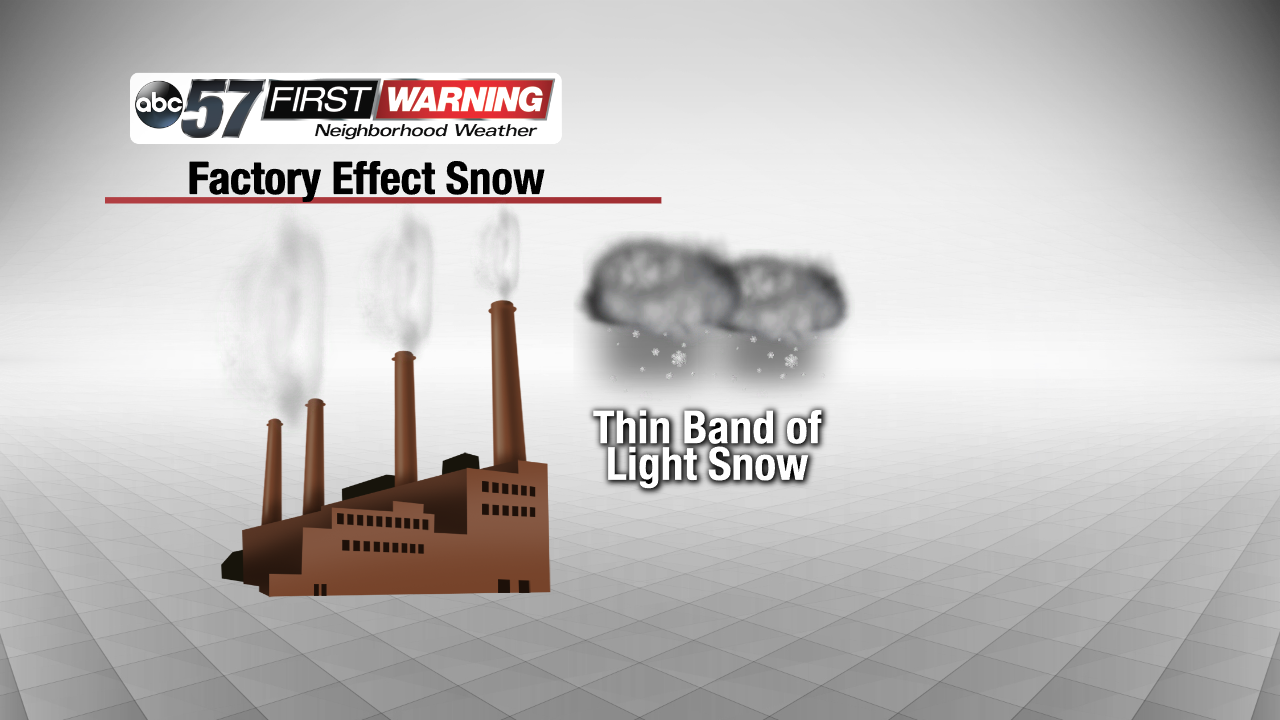 A band of light snow can develop down-wind of factory.
To grasp the idea of them, simply think about lake effect snow and how it forms. When cold, dry air moves over the warm, open waters of Lake Michigan, the two air masses interact and clouds develop. These clouds eventually become saturated and snow begins to fall in whichever direction the wind is blowing. The idea is no different for snow that develops down-wind of a factory with smoke stacks, or a water treatment plant. 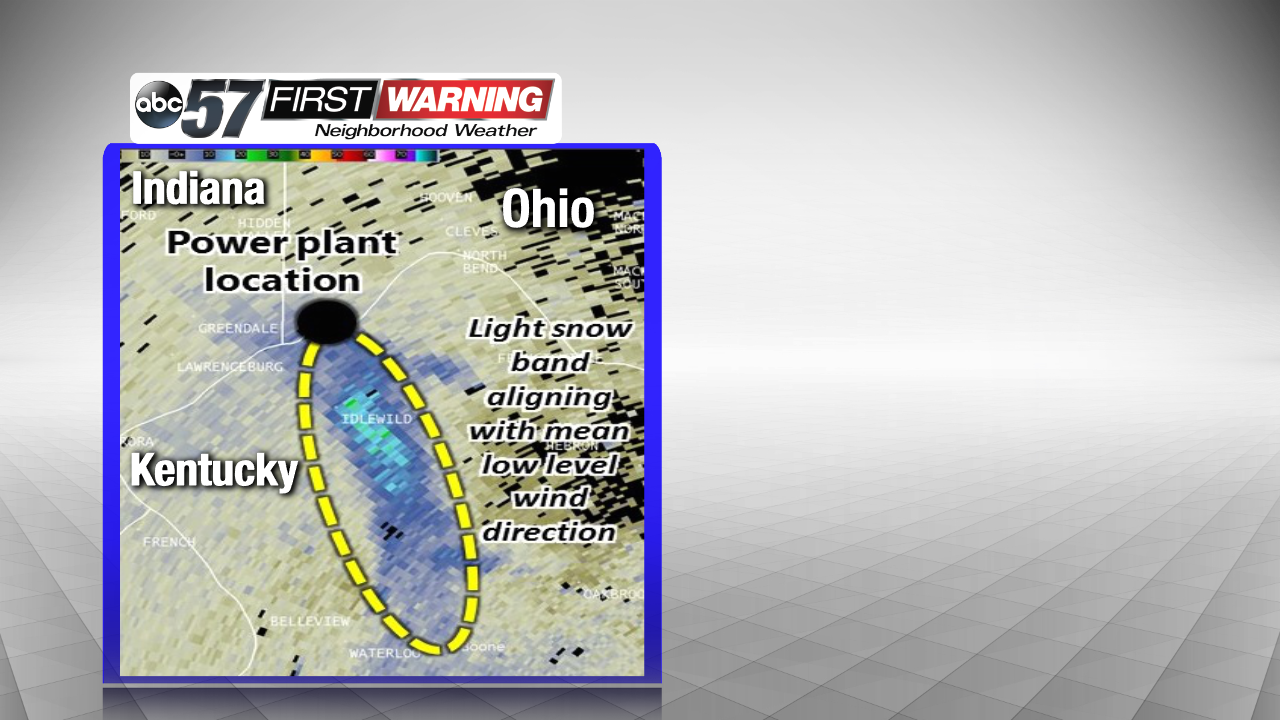 Radar shows band of light snow on January 17th near Indiana-Kentucky-Ohio border.
To find the most recent factory-effect (or power plant-effect in this case) snow event, you only have to go back to the morning of January 17th. A large power plant located near the intersection of Indiana-Kentucky-Ohio was sending plumes of warm, moist steam into the atmosphere. Bitterly cold temperatures were in place as well, which allows for successful ice nucleation and snow crystal growth. The third component was a layer of clouds present just 500-1,000 feet off the surface. These clouds provided the low-level moisture that was necessary to support snowflakes falling from the sky. The ending result was a thin band of very light snow that developed down-wind of the plant. 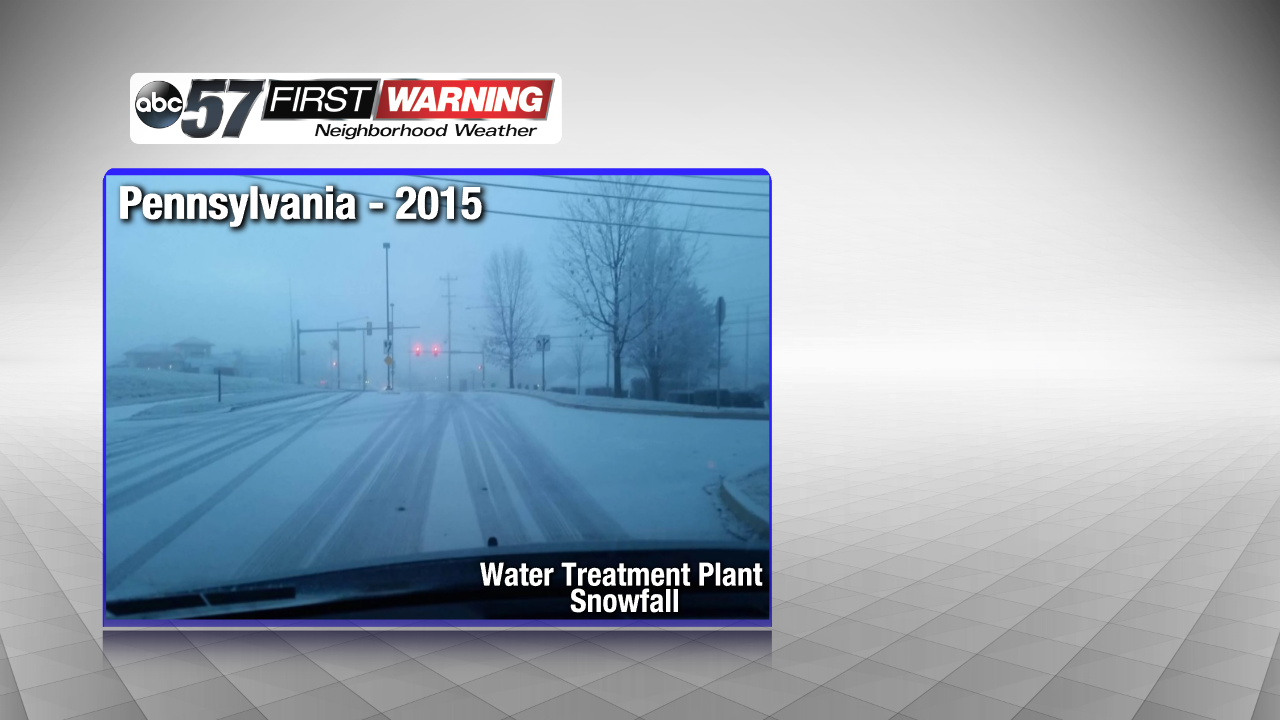 Water treatment plant-effect snow photo. National Weather Service
Another documented example occurred in Pennsylvania back in 2015. The warm waters of the sewage treatment plant interacted with very cold air and led to the formation of a small, light band of snow down-wind of the plant. Similar to the power plant example, there was a zone of high relative humidity and moisture present in the low levels of the atmosphere in the form of dense fog. The fog, combined with the moisture added to the atmosphere by the natural condensation process from the plant, was enough to support a light snow event as the atmosphere became very saturated. The National Weather Service recorded several tenths of an inch of snow from the event!

These events are quite rare, but can happen in Michiana. If you live near a nuclear power plant, a water/sewage treatment plant, or a factory with active smoke stacks, it's something you could witness one day. The problem is these events are so localized (microscale), so there aren't many documented instances of them occurring. Nonetheless, they're still pretty cool!