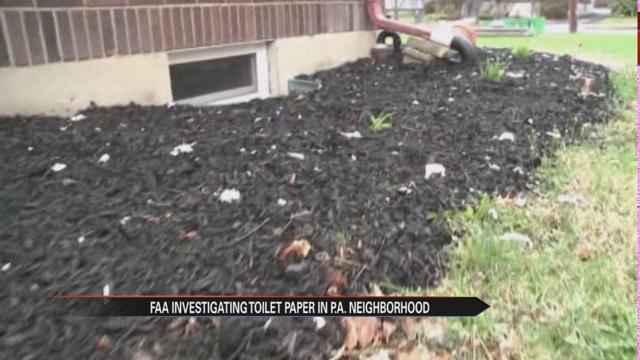 Residents believe it came from a plane passing through the area.

One family called the F.A.A., which confirms it's investigating.

"That's nuts! I mean, a plane drops stuff out of the sky and onto a yard?" said Michael Reiher, who lives in West Pittston, PA. "That's crazy! I never seen something like that before."

"I wouldn't want to be walking when a plane dumped it on me!" said Cal Bieryla, who also lives in Pittston.

The F.A.A. says it will come collect samples and then test them.

It's also trying to pinpoint what aircraft may have dropped the toilet paper.