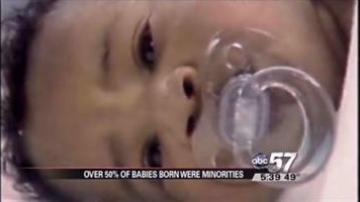 The face of America is changing. New Census data shows a shift in the ethnic make-up of the nation's population.

For the first time in U.S. history, more than half of the nation's babies were minorities.

Nearly 50.5 percent were either black, Asian-American, Hispanic, or another so-called minority group.

This new population balance in the nation will likely play a huge role in politics.

Both President Obama and Mitt Romney are working hard to get the Latino vote this fall.