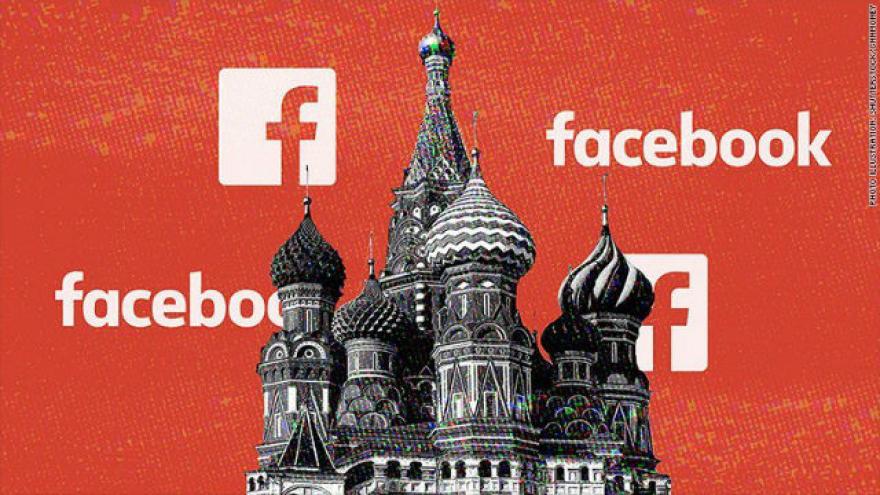 Facebook will inform lawmakers this week that roughly 126 million Americans may have been exposed to content generated on its platform by the Russian government-linked troll farm known as the Internet Research Agency between June 2015 and August 2017, CNN has learned. Photo courtesy Shutterstock/CNN Money

(CNN Money) -- Facebook will inform lawmakers this week that roughly 126 million Americans may have been exposed to content generated on its platform by the Russian government-linked troll farm known as the Internet Research Agency between June 2015 and August 2017, CNN has learned.

That estimate, which is equivalent to more than half of the total U.S. voting population, offers a new understanding of the scope of Russia's use of social media to meddle in the 2016 U.S. presidential election and in American society generally.

In written testimony to the Senate Judiciary Subcommittee on Crime and Terrorism, a copy of which was obtained by CNN, Facebook General Counsel Colin Stretch says that 29 million people were served content directly from the Internet Research Agency, and that after sharing among users is accounted for, a total of "approximately 126 million people" may have seen it.

Facebook does not know, however, how many of those 126 million people actually saw one of those posts, or how many may have scrolled past it or simply not logged in on the day that one of the posts was being served in their News Feed.

Stretch also says in his testimony that Facebook estimates 11.4 million people saw ads purchased by the Internet Research Agency between 2015 and 2017. But the full, organic reach of content posted by the troll farm-linked pages was more than 10 times higher.

"This equals about four-thousandths of one percent (0.004%) of content in News Feed, or approximately 1 out of 23,000 pieces of content," Stretch writes. "Put another way, if each of these posts were a commercial on television, you'd have to watch more than 600 hours of television to see something from the IRA."

Lawyers for Facebook, Twitter and Google will appear in public hearings before a Senate Judiciary subcommmittee and the Senate and House Intelligence Committees this week, where they will face questions over how their platforms were used by Russians to meddle in U.S. politics.

In its own written testimony, also obtained by CNN, Twitter disclosed that it identified 2,752 accounts that were linked to the Internet Research Agency. Those accounts posted a total of 131,000 tweets in the period ranging from September 1, 2016 to November 15, 2016.

During that same period, Twitter found a total of 36,746 accounts that appeared to be associated with Russia -- but not necessarily with the Internet Research Agency -- and which generated automated, election-related content, the testimony states. Those accounts produced approximately 1.4 million tweets which together received 288 million impressions, according to Twitter's testimony as prepared.

Both also provide detailed accounts of how the companies' security operations dealt with foreign interference and fake accounts in the lead-up to the 2016 presidential election, as well as the respective steps they are taking to prevent foreign meddling in the future.

But the key focus for lawmakers will likely be the content and reach of the content posted and promoted by the Internet Research Agency.

In Facebook's testimony, Stretch calls the content of the Russian-bought ads "deeply disturbing," and says it was "seemingly intended to amplify societal divisions and pit groups of people against each other."

"Most of the ads appear to focus on divisive social and political messages across the ideological spectrum, touching on topics from LGBT matters to race issues to immigration to gun rights," he writes. "A number of the ads encourage people to follow Pages on these issues, which in turn produced posts on similarly charged subjects."

That characterization of the Russian-bought ads is consistent with what both Facebook representatives and lawmakers have said in the past, as well as with CNN's reporting on the content of specific accounts and ad campaigns.

Facebook first informed lawmakers in September that it had identified 470 accounts linked to the Internet Research Agency, and that those accounts spent approximately $100,000 on more than 3,000 ads between June 2015 and August 2017.

The new testimony reiterates those numbers while also noting that the IRA-bought ads promoted roughly 120 IRA-generated Facebook Pages, "which in turn posted more than 80,000 pieces of content between January 2015 and August 2017."

Stretch's testimony also discloses that some of the 3,000 ads also appeared on Instagram, which is owned by Facebook.

The House Intelligence Committee is expected to release the Russian-bought Facebook ads to the public later this week.

In the wake of Facebook's disclosure, Twitter revealed that it had found 201 accounts that were linked to the IRA-backed Facebook accounts, and which also sought to push divisive political content on its platform.

Google later revealed that accounts connected to the Russian government had bought $4,700 worth of search and display ads, and that accounts with Russian internet addresses or using Russian currency purchased another $53,000 worth of ads.

Some Democratic lawmakers have said they believe the findings by Facebook, Twitter and Google thus far represent only a sliver of the full scope of Russia's use of these platforms to meddle in American politics.

Senator Mark Warner, the top-ranking Democrat on the Senate Intelligence Committee, has criticized all three tech companies for not doing enough, and says what has been made public so far represents "the tip of the iceberg."

In an interview with The Atlantic earlier this month, Warner stressed that "all these companies need to come fully clean about what happened in 2016."

"And don't tell me they found all the ads," he said.