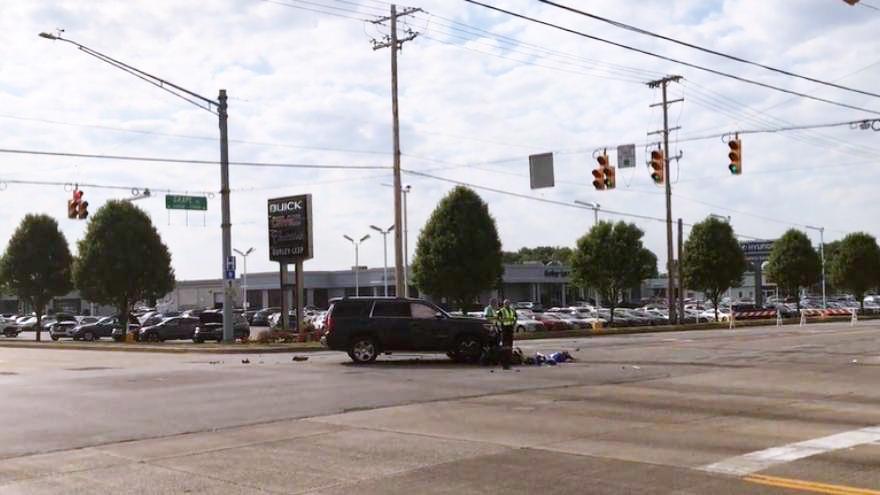 The St. Joseph County Fatal Crash Team released the name of the motorcyclist who suffered serious injuries in a crash at Douglas and Grape roads Wednesday morning.

Investigators say a Chevy Tahoe was attempting to turn left from Douglas onto Grape road when she turned in front of a motorcycle traveling east on Douglas.

The driver of the Tahoe was not injured and cooperated with the investigation.