It's been a snowy week so far, with the system and lake effect snow, and one more type of unexpected snow: factory effect snow. It develops with the help of power plants and factory emissions.

We have talked about factory effect once before. Last year, factory effect snow was shown on radar in Louisville. This is the first time we were able to detect it in our area. Take a look at this radar imagery from yesterday. 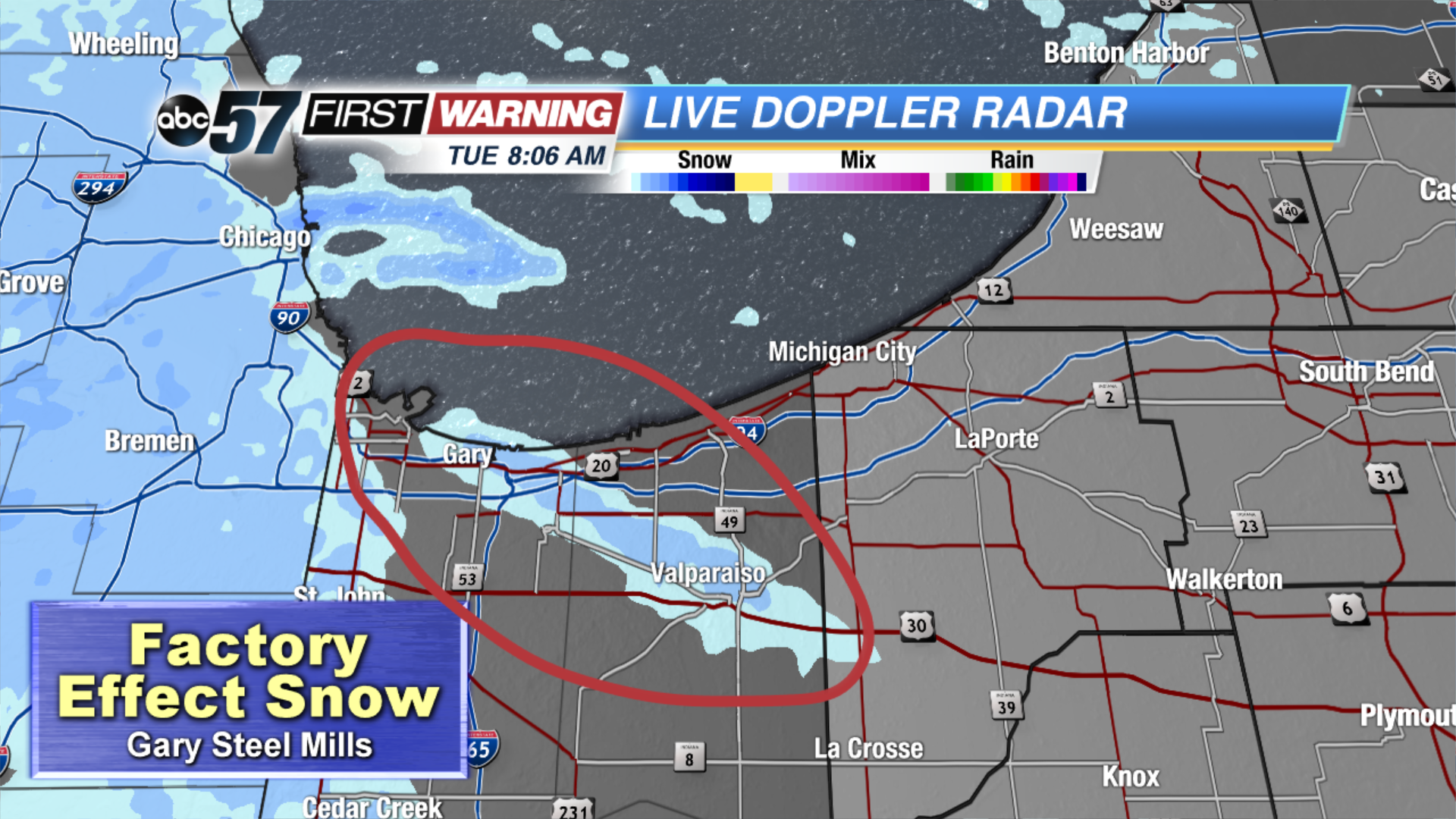 Another cool thing that showed on radar near Chicago was the freezing of airplane exhaust as planes circle around the city to land at the airport. 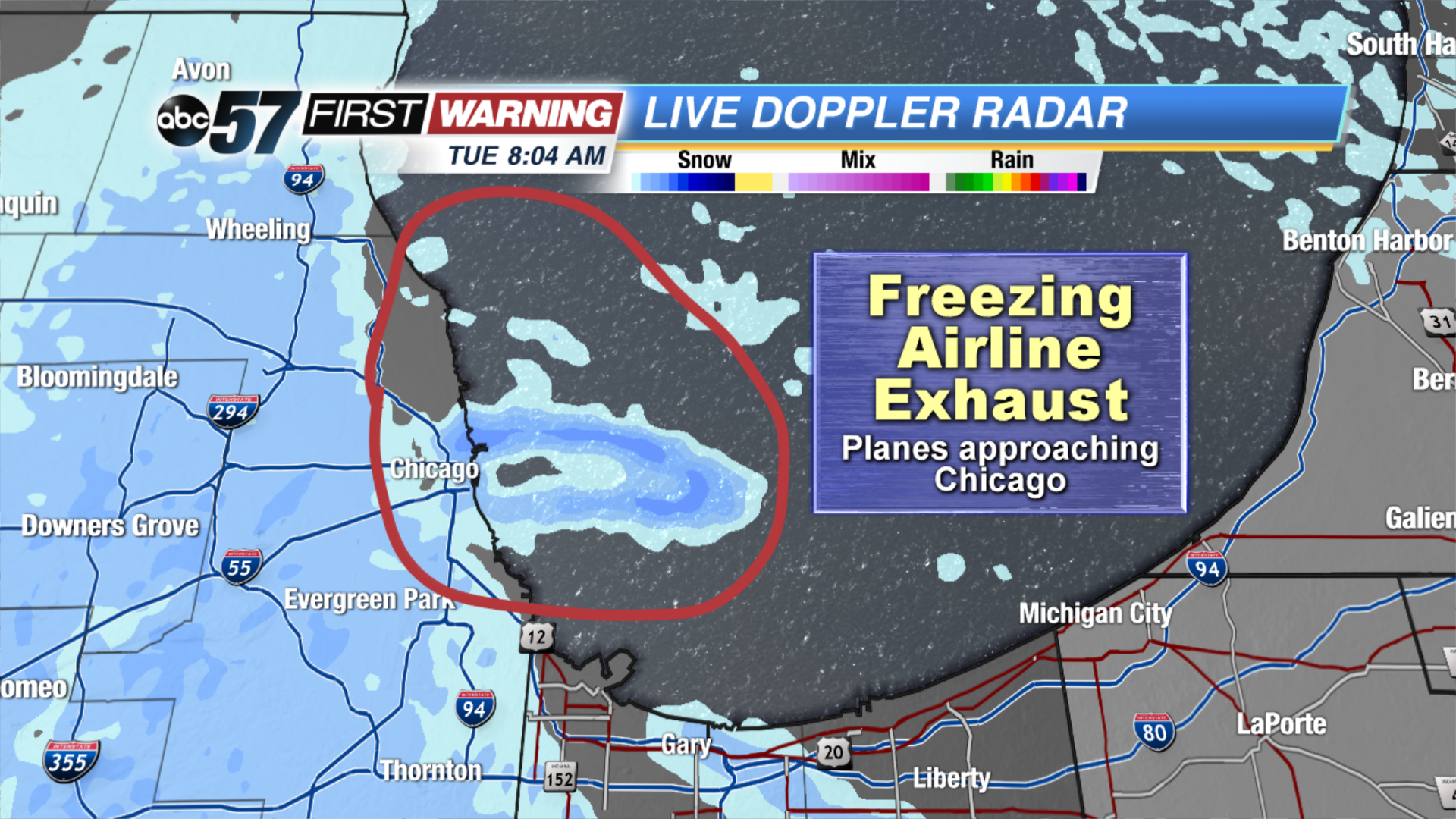 Factory effect snow is not very uncommon, but there needs to be very cold air overhead. The factories and power plants emit warm and moist vapors through their cooling towers, and these emissions rise into the cold air, condensing into clouds. 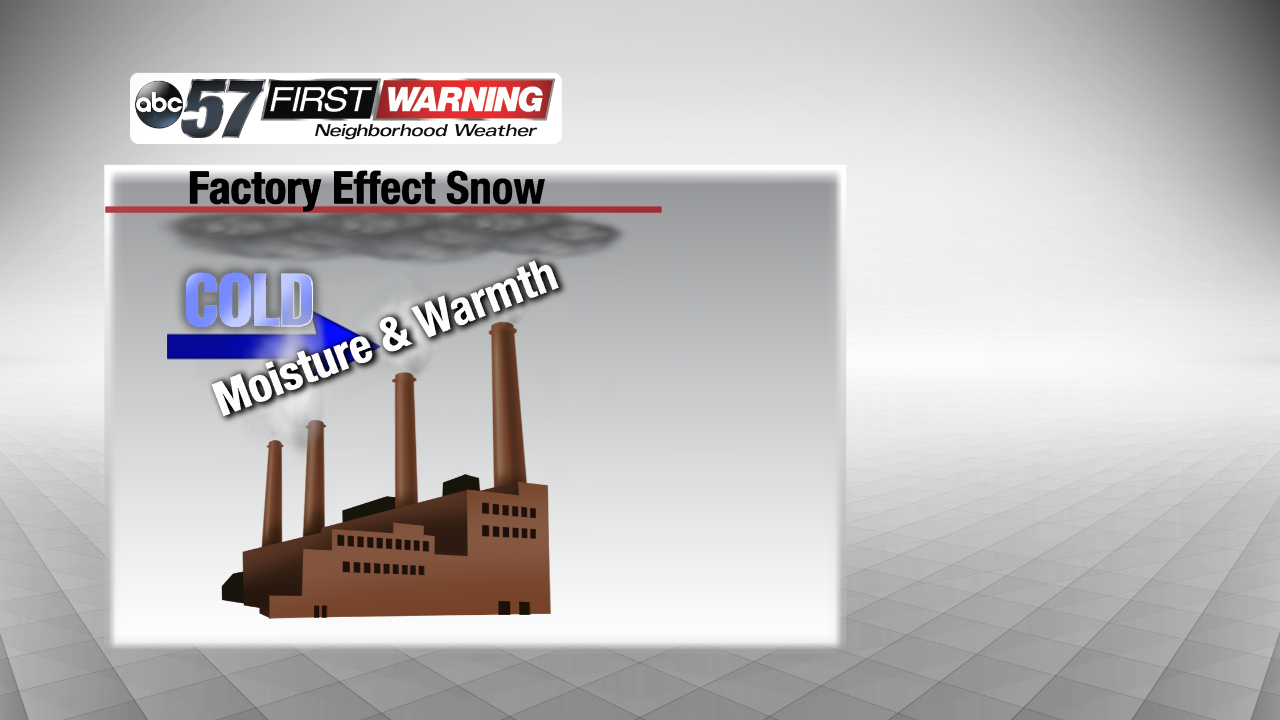 As these clouds grow they will  form bands downwind of the source and start snowing out. This is something to keep an eye out for over the rest of the winter, because while the lake freezes and cannot produce lake effect, these factories and plants still can. 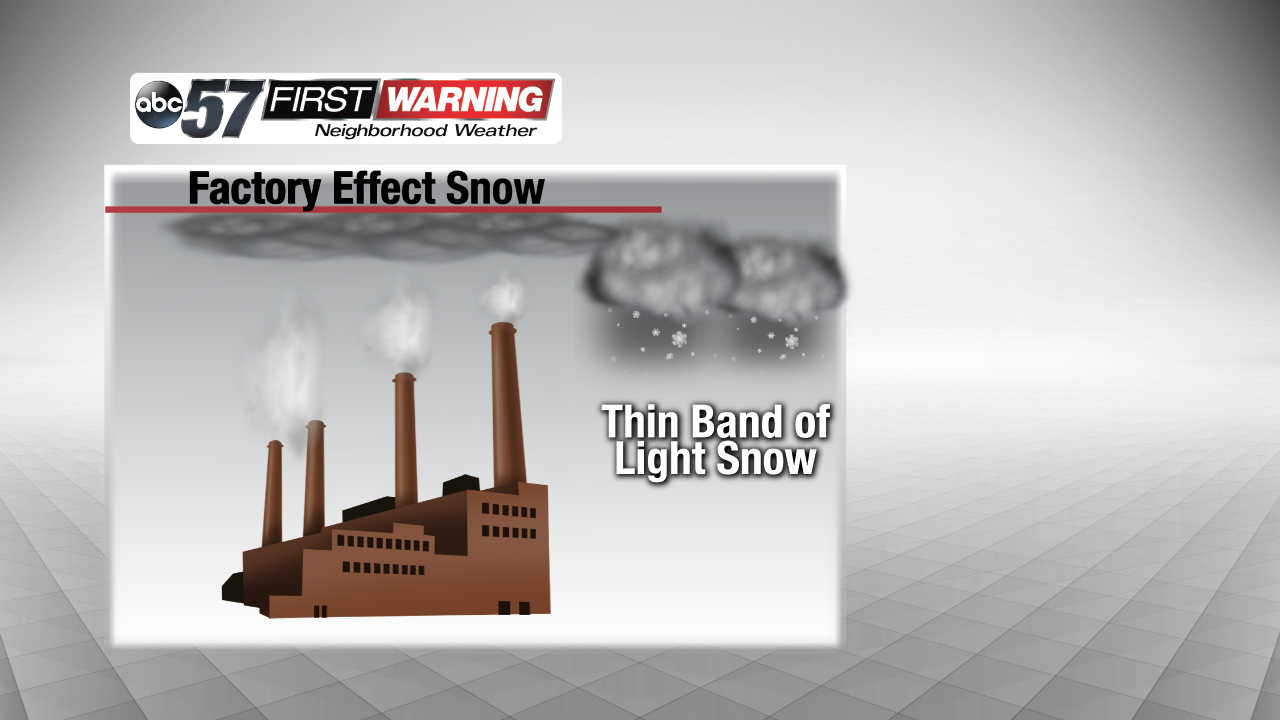