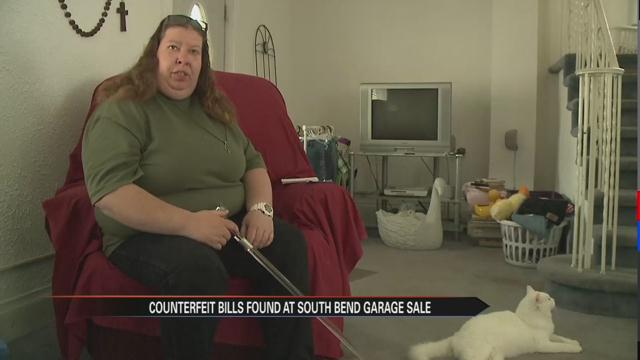 An elderly mom and her handicapped daughter said they were scammed at their own garage sale in South Bend's River Park neighborhood.

The mom and daughter said they are out about $20 because the suspect bought $16 worth of items with a counterfeit $20 bill, and they gave him $4 in real money back.

The Krause family said they don't want this to happen to anyone else so that's why they came forward.

Tammie Krause said, “Extremely frustrating because everybody needs money now days and times are hard! I like to help people out and stuff and we need the help as well.”

Krause said she suffers from Parkinson's disease, and her mom is elderly so she feels like they were targeted.

She said they can't afford to maintain their older home on Mishawaka Avenue so they are selling most of their possessions in order to move.

Krause said, “It just looked like it had been put through the washing machine.”

Krause said the last thing they were thinking about was looking for fake currency.

South Bend Police Captain Phil Trent said they are not seeing an influx of fake currency circulating at this time, however it is fairly common to see fake money pop up at garage sales or flea markets.