Fall in four days, first frost likely not far behind 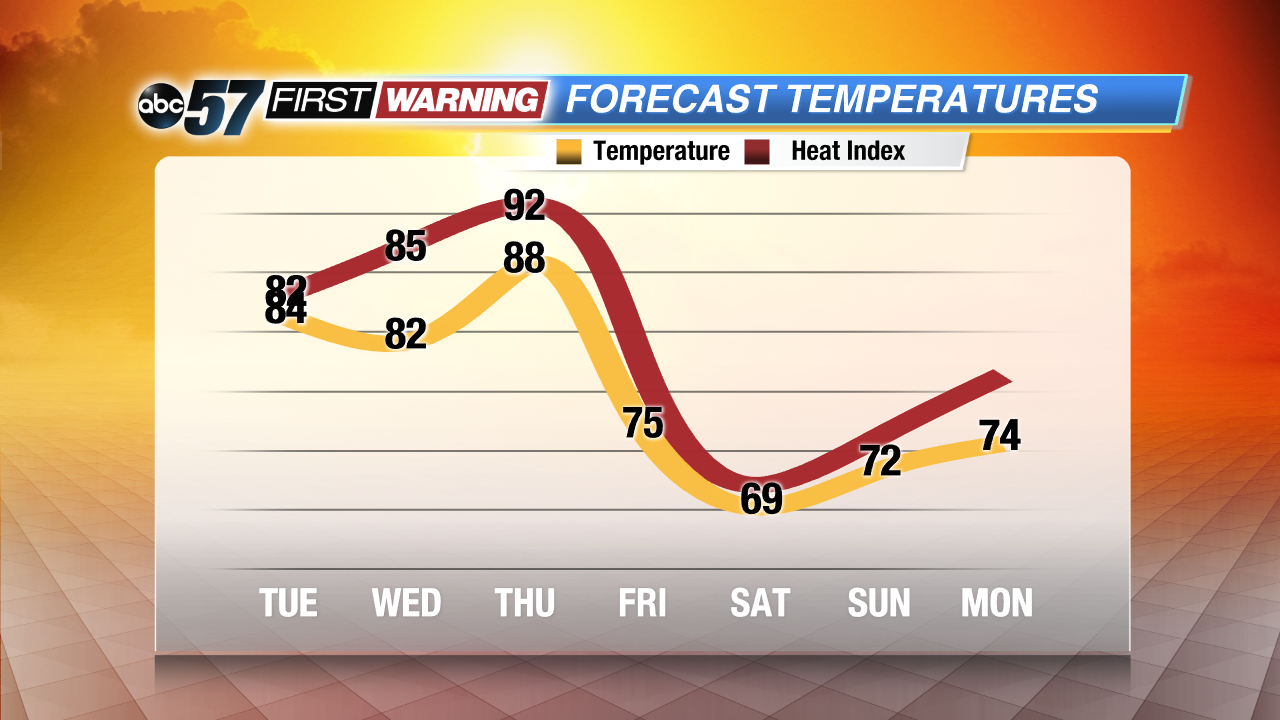 Summer 2018 is quickly winding down, but you wouldn't guess it with the toasty temperatures we've had of late. Fall officially starts this Saturday at 9:54 PM EDT, and by that time the weather will be more fall-like. Until Saturday, though, we're talking highs in the 80s with "feels like" temperatures possibly nearing 100° on Thursday. 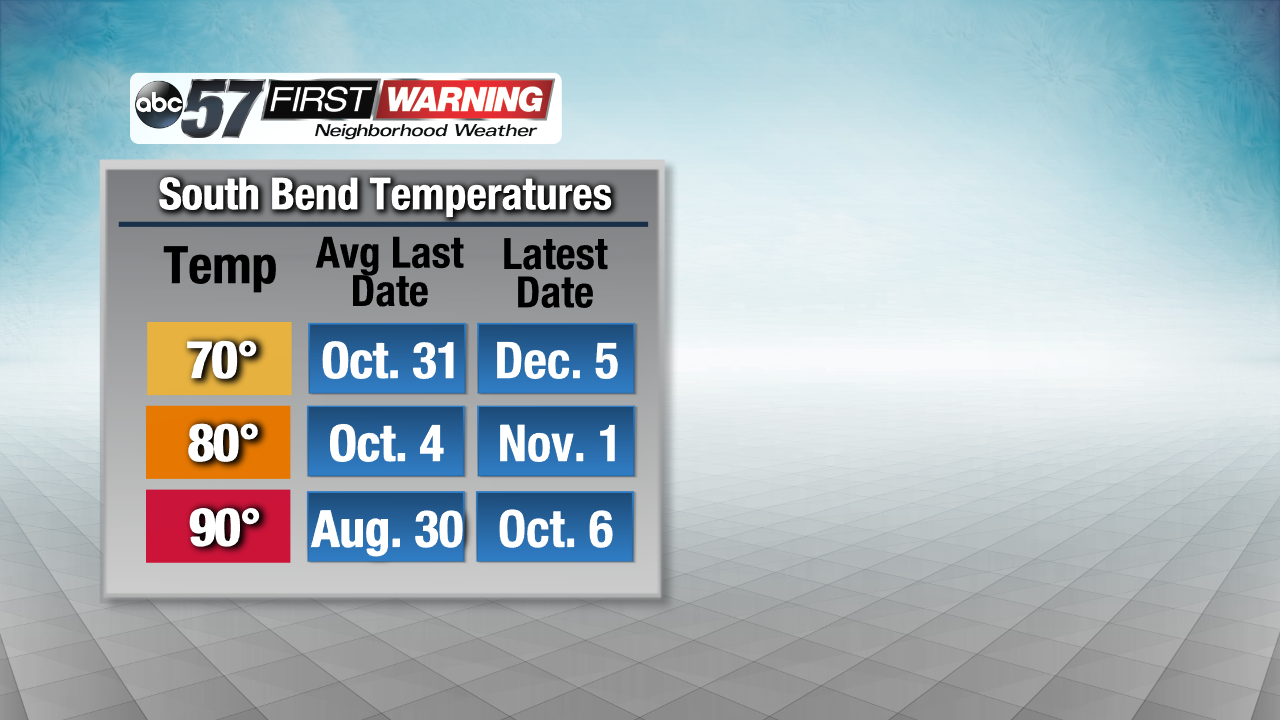 As fall gets underway, our chances of seeing "summer-like" temperatures really take a tumble. But it's not completely unheard of to see highs in the 75-85° range into October and even November. South Bend has seen 90° as late as October 6th, 80° as late as November 1st and 70° as late as December 5th! You can clearly see that warm to even hot temps are certainly possible in the fall. It's just significantly less likely. 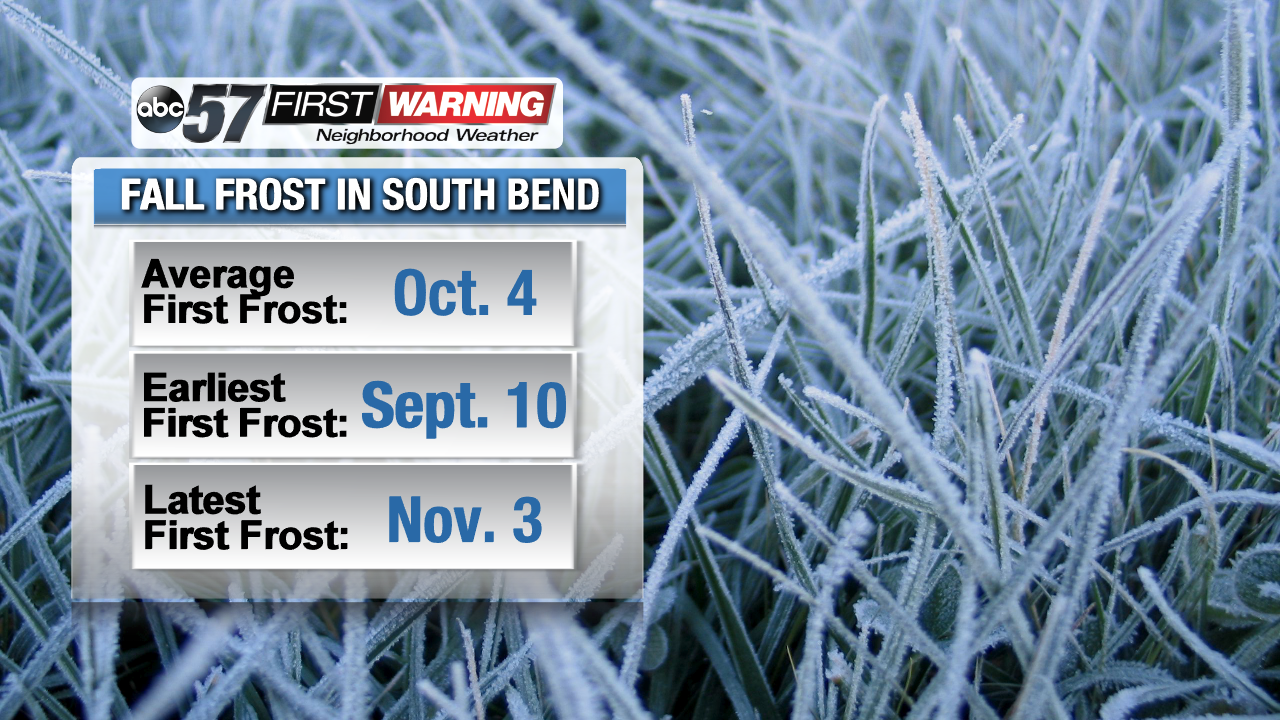 By the end of September, the average high in South Bend is is 68°. The average low is already down to a chilly 48°! Not much later we start talking our average first frost, or temperatures of 36°. Believe it or not, South Bend typically sees its first frosty night by October 4th! It has happened as early as September 10th! Don't get too upset if you hate the cold weather, though. The first frost has come as late as early November. 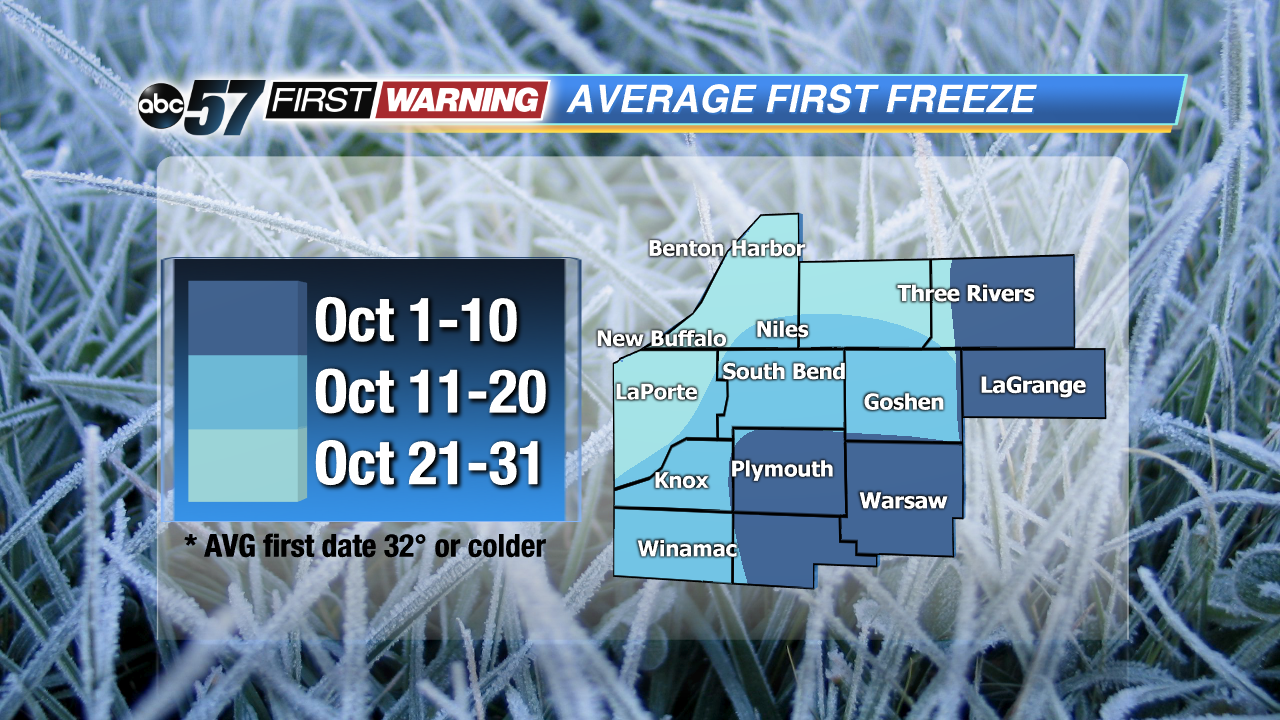 Of course, the first frost isn't the only cold temperature statistic meteorologists reference during the fall. There's also the first freeze, which is when temperatures drop to 32° or below. That happens, on average, by October 10th for locations like Plymouth, Rochester, Warsaw, LaGrange, and Sturgis. As you get closer to Lake Michigan, the date of the average first freeze gets pushed back. For locations like South Bend, Elkhart, Goshen, Niles, Knox, and Winamac, the first freeze typically occurs by October 20th. La Porte, New Buffalo, St. Joseph, Benton Harbor, Dowagiac, and Cassopolis usually don't see their first night of freezing temperatures until the last week of October.

Fortunately, there doesn't appear to be any significant outbreaks of cold air in the near future for the Michiana region. However, overnight lows will likely drop into the middle and upper 40s this weekend and late next week behind a series of powerful cold fronts. Nothing suggests we will see lows drop below 40° through at least the rest of September.