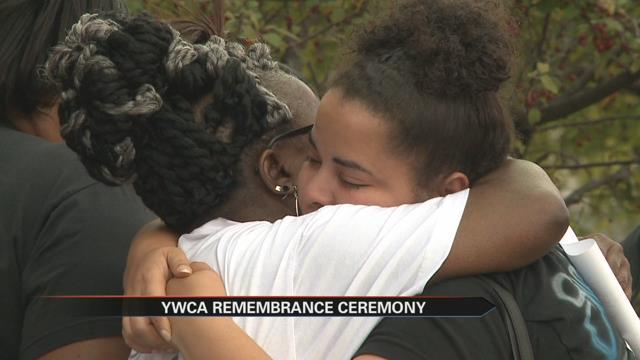 Families paid tribute to victims of domestic violence all across the state.

South Bend’s YWCA led a remembrance ceremony in the hopes those affected can finally find closure.

According to the organization, over 50 deaths occurred in Indiana this year as a result of domestic violence, but at least coming together to remember the victims can help the healing process for many.

The names of many sisters, daughters and friends were read aloud during the event.

It was those names that brought many folks to tears Thursday evening.

One name was Shasta Horston.

“She brightened up the room with her smile,” said Tonia Horston-Smith, Shasta’s cousin.

Shasta left behind one son and a family, still hurt by her death.

“We know we can’t have her back but her memories will always be in our hearts,” said Paulette Nesbitt, Shasta’s aunt.

She was the victim of a fatal shooting back in August.

Police say the person of interest in her murder is Tonell Jhakkar Williams, a man the family says had a previous relationship with Horston.

Months later, Shasta's family helped plant purple flowers in front of the YWCA in her memory.

“The plant that was planted for her is like a seed of her love,” said Nesbitt.

But still sad memories for this family are becoming harder to forget.

“I wish I could turn the time back to say I love you one more time,” said Tonia.

But with time this family might be able to move on together.