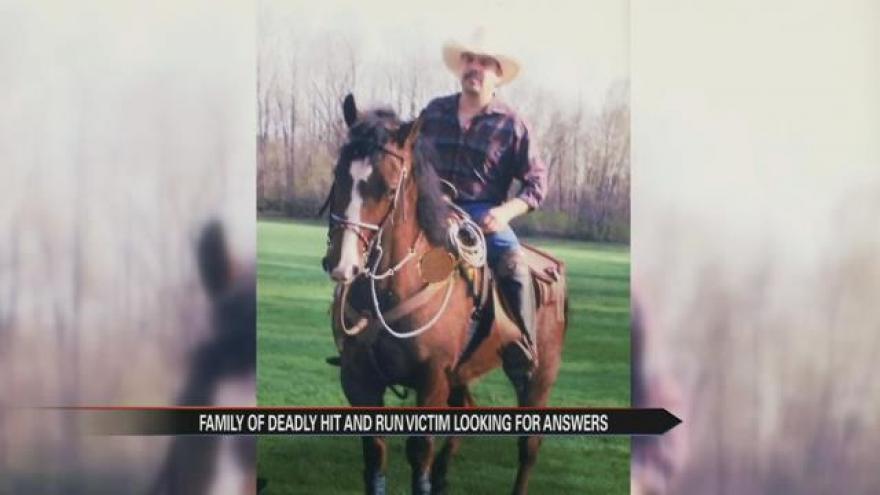 A father of five died Christmas morning after a hit and run accident on South Bend’s west side.

Witnesses say early Friday morning they saw an SUV go around a vehicle stopped at a stop sign, blowing through the intersection and striking the car 41-year-old Marcelo Gallegos was riding in.

The family says after seeing the severity of the accident the suspects could not have escaped without scratches or scars.

Investigators with the St. Joseph County Fatal Alcohol Crash Team say it’s an ongoing case. Family is asking the community help solve Gallegos murder as they remember their loved one.

“He loves to be with his family, he liked the outdoors, his favorite sport was riding horse,” says Paulo Gallegos, Marcelo Gallegos’s brother.

Paulo doesn’t have many pictures of his older brother but he is left with one. A picture of Marcelo riding a horse, an activity he will no longer be able to see his brother do after everything changed Christmas morning.

“It was like 3:15 in the morning and I was wondering what happened and it was one of my nephews saying I’m sorry but your brother,” says Paulo.

Marcelo was killed in a hit and run accident that happened near the intersection of Olive and Ford streets.

“He was ejected from the car and we didn’t know this until later but he was actually ejected and landed in a ditch,” says Xochi Gallegos, Marcelo’s sister in law.

The tight knit family was on the scene along with the St. Joseph County Fatal Alcohol and Crash Team early Christmas morning.

“And it was pretty rough to see that,” says Paulo.

Heartbroken after seeing their loved one left to die. Suspects driving in a white Mercury Mountaineer left the scene. The family says someone out there has to know something.

“The suspects that were in the car most likely suffered some severe injuries that are probably pretty visible especially on their face and so there is someone other there people out there that know something and if they could come forward and give any information that would be much appreciate,” says Xochi.

If you have any information contact Crime Stoppers at 574-288-STOP. The Gallegos family is accepting donations to help with funeral expenses and opened an account under Marcelo Gallegos name at Wells Fargo Bank.