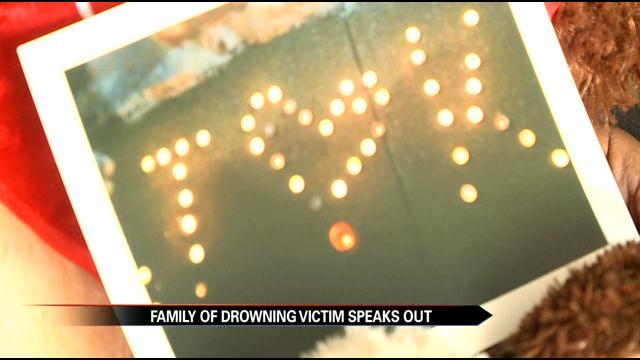 The victims whose bodies were found in the pool at Park Jefferson apartments were identified as 18 year old Jeannie Martin and 19 year old Keontaye Watson.

"I wish I could go back and change the hands on that clock. I wish I could bring them both back," said Keontaye's mother Fathom Shavers. "It hurts so bad because it's like I've lost two kids. Jeannie was like a daughter to me, I even called her daughter in law."

Jeannie and Keontaye had been together since they were in seventh grade and they died saving each other.

Keontaye's family says although their hearts are broken at the loss of both Keontaye and Jeannie, this has brought all of their family together.

They have family in from Texas, Tennessee, and Indianapolis all there in support for each other.

They want the services for Keontaye to be a "celebration of life" rather than a funeral.

It will be held Friday at the Pentecostal Cathedral Church of God in Christ at 1 p.m.

Services for Jeannie will also be at the Pentecostal Cathedral Church of God in Christ at 11 a.m. on Saturday.

A memorial fund has been set up at Wells Fargo Bank in Keontaye Watson's name.

Both Jeannie and Keontaye have Go-Fund Me accounts set up to help the family with funeral expenses.