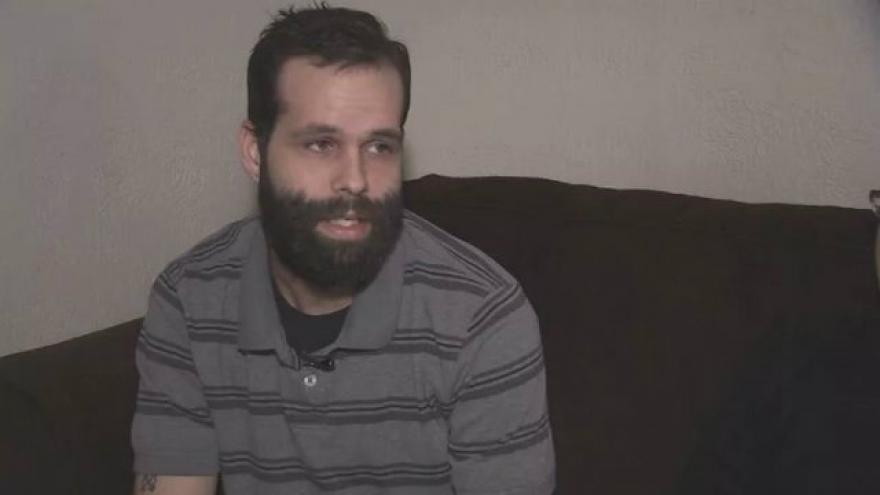 Jessie Lowe has suffered from heart palpitations for most of his life, but never thought much of it. Photo courtesy WNEM

The Saginaw cook had to undergo open heart surgery a month ago and hasn’t been able to work since.

Jessie Lowe has suffered from heart palpitations for most of his life, but never thought much of it.

That was until his wife convinced him to see a cardiologist. That doctor told him he suffered from something called heart regurgitation, a condition where blood pumps out but some seeps back in. The doctor told him he desperately needed surgery.

He was hospitalized for almost a week and forced to take at least four different types of medication. He also can’t lift anything over 10 pounds.

Although Medicaid covered most of his expenses, his job as a cook at Olive Garden has to be put on hold.

Lowe said he hopes to get back to work soon. However, due to his heart condition, he will have to stay out for at least another month.

“You know, I made double what she makes. Now it’s just her working. And sometimes she can’t go to work because she has to take care of me or the kids,” he said.

His wife Jenna said she is just happy he is doing better and doesn’t want him to push himself any more than he has to.

Those around him are hoping to help out too. They created a GoFundMe page and organized a cookout hosted by his mother to raise money.

It has given him hope that he can one day get back to living his old life.

“Lately it seems like I feel useless and their all telling me I’m not. I’m still that guy. I’m still helping them,” Lowe said.