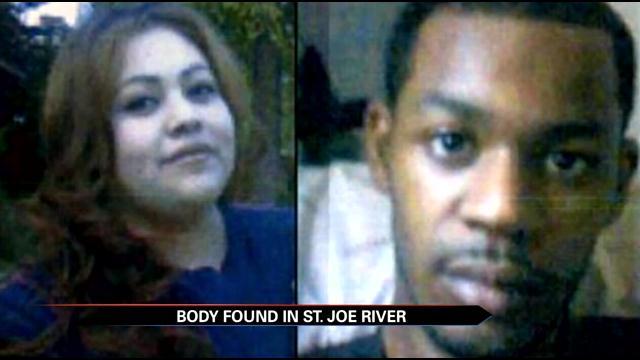 Chrystal Reyes, 23, and 31-year-old Nick Sams have been missing since December.

On Tuesday, crews pulled the body of Reyes out of the St. Joseph River.

Sams' body was found 200 yards from where Reyes' Jeep was found on Tuesday, with her body inside.

Family members say they had found new hope Sams would just walk back into their house.

“Yeah, it's been full of hope and I was hoping it didn't come up this way,” said Clara Brown, Sams' mother.

She said she never gave up on the possibility that her son would return back home.

Everyone involved is left with no answers as to what exactly happened.

“We can't say what happened, but a lot of things went through my mind,” said Brown.

Despite the pain of the loss, the family feels a sense of relief.

“Thank God for closure, it's been almost three months and it was time for closure,” said Brown.

They are left with nothing more than memories of some of the good times.

“What I remember most is his laugh and him waking me up by sticking tissue in my ear,” said Tamika Brown, Sams' sister.

It is that bond of family and faith that will help the entire family remain strong through the tough time.

“There's not really a whole lot to say, I'm just glad I can go to sleep at night. He doesn't need me anymore, he's in a better place,” said Tamika.

Lieutenant Wells said it was clear that Sams' body had been in the river some time, but the exact amount of time is yet to be determined.

An autopsy was conducted Monday and there were no outward signs of external or internal trauma or injury. His cause of death is undetermined pending toxicology test results.
Share this article: