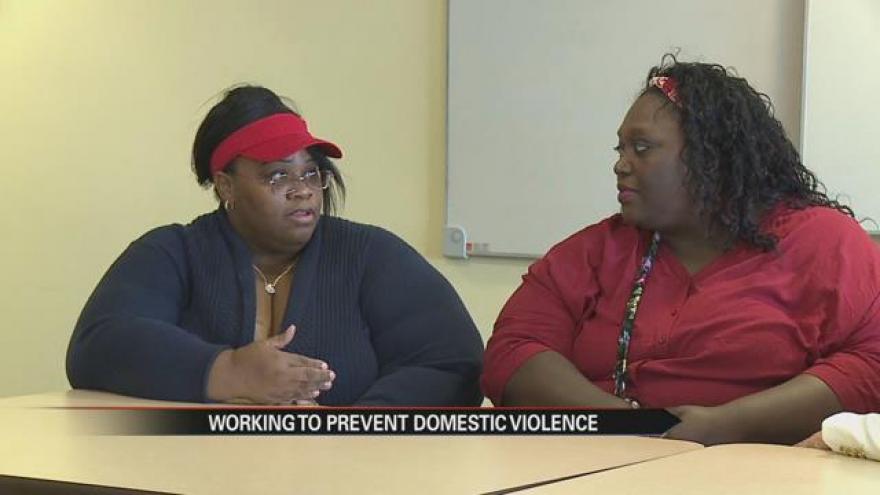 Two of Argusta Gathright’s sisters are speaking up about her death and relationship with her husband, who allegedly murdered her on Sunday.

Carl Gathright has been charged with murder for fatally stabbing his wife outside of their Ashard Drive home.

Sister Yakira Mcleod recounts the last time she saw her sister, for her birthday the week before her death.

Argusta was one of 15 siblings and was a mother to four.

Older sister Shelia Simms says she wishes something could have been done.

Her sisters say before her death, the police had been called to the Gathright home over a dozen times for reports of domestic violence.

“She was a good wife, a good mother, a virtuous wife who wanted to do the best she could for her children and her family and a praying woman who wanted to keep things together,” says Mcleod.

Court documents show Argusta tested at high risk on a lethality screen conducted in fall of 2016 when her husband was charged with strangulation.

At Argusta’s request a judge was forced to lift the protection order against Carl.

“When a woman tries to recant they need to immediately intervene and say hold on wait, put the breaks on it because that’s immediately a warning sign right there,” says Mcleod.

Tuesday afternoon, local law enforcement and the YWCA introduced a new tool meant to identify the worst of the worst domestic violence cases and safely intervene.

“Based on what I saw Sunday, today and yesterday looking at the family If this doesn’t prove that we need to do whatever we can do keep our community safe then I don’t know what does,” says St. Joseph County Prosecutor Ken Cotter.

While they fear Argusta was too afraid to get help on her own—her sisters hope other victims in the area can be saved.

“The first time he raises his voice, should be the last time. The first time he pushes you, the last. Don’t take it. Get out of it. What happened to my sister could happen to you and your children will be left without parents,” says Mcleod.

Mcleod says it will be her mission to protect other victims of domestic violence – and fight for changes in legislation --in honor of their sister.