Family of Elkhart triple homicide victims: “Those boys meant something to people” 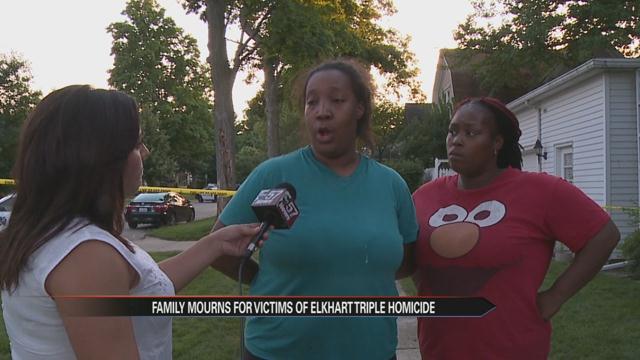 While police continue to investigate Sunday's deadly shooting on Strong Avenue, family of the victims say they are anxious to find justice.

While the victims’ identities have not yet been released to the public, their families returned to the scene Monday night and talked with ABC 57 about the loss of their loved ones.

Shantell, who did not want to give her last name, says her brother was one of the victims. She says the other two victims were her cousins.

“We are all deeply impacted by the events that took place in my mother’s home. We are forced to start over because he was love, they were love. They had family those boys meant something to people,” said Shantell.

Elkhart Police say the three victims were targeted by the suspects, who fled the scene and have not been identified or located.

“I would like for them to know that they hurt us,” said Shantell.

Investigators say they will continue to collect evidence from the scene on Tuesday and autopsies will be performed on the victims.

The Elkhart City Police Department says they also plan to release the names of the victims to the public on Tuesday.