Family of fatal hit and run victim speaks out 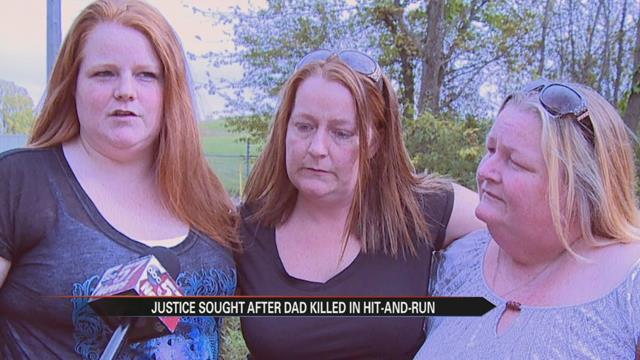 The family of the pedestrian who was struck and killed by a vehicle on Ireland Road on Friday night is speaking out.

St. Joseph County Police are currently investigating but do not have any leads as to who was driving the vehicle that killed 54-year-old John Tolley of South Bend.

For Tolley’s daughters the unanswered questions surrounding their father’s death have made moving forward near impossible.

“Everybody’s mourning and all we want is to know what happened. You think if they had hit something they would have stopped to see what they hit. That was my dad. That wasn’t a deer or a raccoon, it was my dad,” said Tolley’s daughter Amber Onderdonk.

“Have it in your heart to take care of my kids’ heart. You know, come forward and say what you did,” said Tolley’s ex-wife Stormy Jones.

The family says sidewalks in that area may have prevented Tolley’s death.

“If there was a sidewalk here than there would have been a prevention for that, he could have walked on the sidewalk,” said Onderdonk.

“It’s a shame that something like this has to happen for it to be brought to the people’s attention,” said Emery.

Emery is running for the district 5 seat which covers Ireland Road. He says he hopes to add more sidewalks so residents feel safer walking.

“Something needs to be done that way too so it doesn’t happen to another family. It doesn’t leave somebody else empty and longing and wondering. You know, they need to do something about it,” said Jones.

If you have any information about this incident you’re urged to contact St. Joseph County Police.