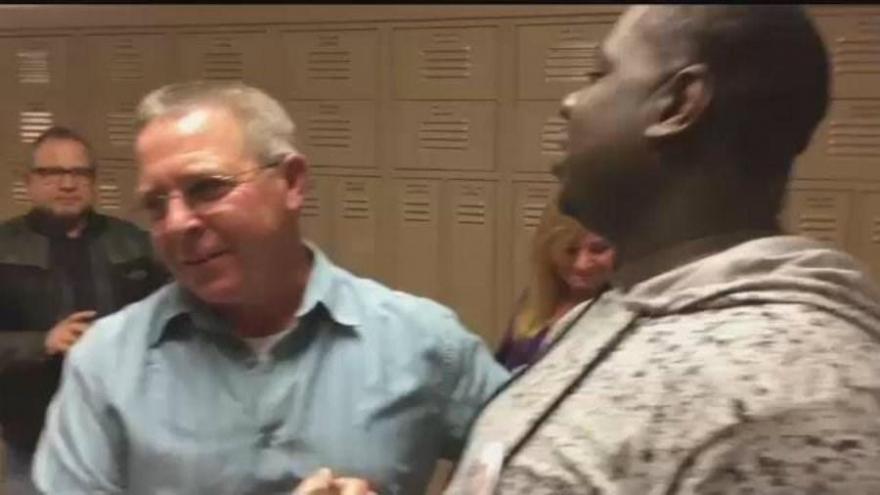 He's the 10 year old who died while shielding his cousin from an arson fire back in 2015.

After the awards presentation, a firefighter walked up to Kevin's parents to tell them he was there that night.

"I can't imagine going through what you guys have," the firefighter said while hugging each of the parents.

"It's been tough but we strong people," replied the father.

The three admitted to driving by the location of the house fire from time to time, sometimes breaking down.

Areial Rice, Kevin's mother, tells CBS 58's Michele McCormack that she talks with him every day.

Twice a year MPD holds a special ceremony at the training facility to recognize both police and citizens who have gone above and beyond.

Chief Ed Flynn reminded the crowd that it was 100 years ago this year that nine police officers and two citizens in Milwaukee died in the explosion of an anarchist bomb.

it was the largest single day loss of police until 9-11.

Mayor Tom Barrett also paid tribute to city worker "Ziggy" Zszkiewicz who was killed while on the job during an attempted carjacking.

"Although he wasn't a police officer or firefighter," began the mayor. " I think all members of the police family, firefighter family and city family mourn his loss".