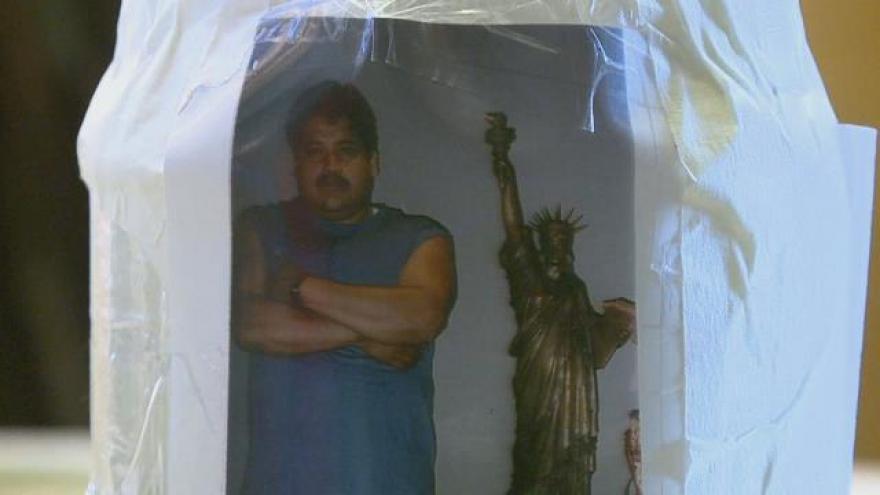 Today the family of a 43-year-old Marco Carmona Gonzalez says they do not know why anyone would target the brother, husband, and father.

“I don’t know anything, I never knew him to have problem with anyone. Since I’ve known him, my husband, he didn’t have problems with anyone,” says the woman who has been in a relationship with Carmona for over a decade.

She did not want to give her name out of fear but says her and Carmona’s 14-year-old daughter are completely distraught.

On Tuesday afternoon Goshen police were still outside the crime scene at Brookside Manor. Investigating are still being tight lipped.

Mayor Jeremy Stutsman announced a press conference regarding the double murder. Jose Nava Orozco, 27 years-old, is the other victim.

It will be held Wednesday afternoon and be lead by the Mayor along with the police department.

The family of Carmona says they are giving police space to investigate while they focus on giving Carmona a proper burial.

Marco’s siblings, nieces, nephews, and daughter all gathered on Tuesday to support each other. Marco’s sister Yolanda says the family is shocked.

Marco’s wife describes him as a humble man who made little money.

“He was very careful even when driving, made sure to follow the rules of the law,” says Marco’s wife.

“I don’t even think he even had a parking ticket,” says Carmona’s wife.

She wonders, how could a man without a criminal background, be gunned down.

“As far as I know no one was after him. Really I’m just so surprised,” says Marco’s wife.

She says the last time she saw Marco was about a week ago.

With so much uncertainty the family's main priority is raising enough funds to give Marco a proper burial.

They have started a Go Fund Me account to help with expense to send his body to be buried in Guanajuato Mexico. Marco leaves behind six other siblings, his mother, and father living there.

Yolanda says her family can only hope that the public helps out.

“That all depends on them. If they want to offer their help in that well we accept,” says Yolanda.

ABC57 will be live streaming Mayor Stutsman’s press conference staring at 1 p.m. on Wednesday on ABC57.com.