Family of suspect in fatal Benton Harbor shooting speaks out 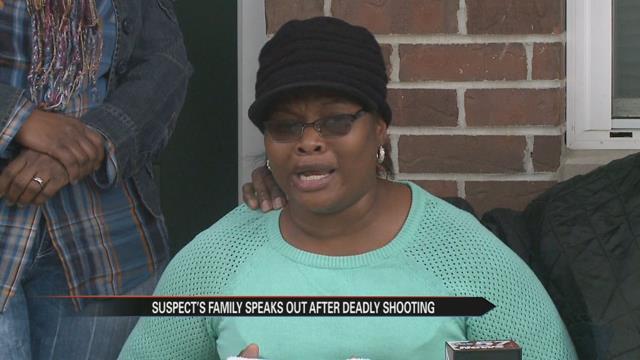 The family of a man accused of shooting and killing 53-year-old Dave Krieger outside his Benton Harbor business Friday morning is speaking out.

“The man put his hands on my brother!” Jeannette Streeter-Ward, sister of Roy Thompson, said. “The man touched my brother! In a situation that didn’t have anything to do with him.”

An emotional Streeter-Ward spoke to the media Saturday afternoon about her brother, Roy Thompson, 30, who is charged with murdering Krieger Friday morning outside Michiana Supply near Napier and Milton Street in Benton Harbor.

“If a dog approach anybody, what are you gonna do when a dog come up to you?!” Streeter-Ward said. “You gonna do what you can to try to, you know, defend yourself!”

Police said Thompson was kicking a neighbor’s dog in the parking lot of Michiana Supply when Krieger came out to confront him.

Thompson’s family says Roy was defending himself from the dog, and that when Krieger confronted Roy, things escalated.

“The guy come over and push my brother, so therefore, you know what happened next,” Streeter-Ward said.

Thompson allegedly shot Krieger in the chest, killing him at the scene.

They ended up finding him at a home less than half a mile from the crime scene just before 2 p.m.

Thompson now faces four felony charges – including open murder – but his family said the full story is not being told.

Thompson’s family said a witness contacted them and told them Roy was confronted by multiple people and that gun shots were fired after Roy fired his weapon.

Benton Twp. police mentioned none of that in a press release and did not return requests for comment as of Saturday evening.

“My brother was outnumbered!” Streeter-Ward said. “But that wasn’t put on the, you know, they didn’t talk about that!”

Thompson’s family said Krieger did not deserve to be killed, but they want the full story told to understand why Roy pulled the trigger.

“I’m not here to try to give no excuse for what, the action that my brother took,” Streeter-Ward said. “But, what choice did he have?”

Thompson did have a criminal record before this – with arrests for carrying a concealed weapon and marijuana possession.