Family of teen who died in Dowagiac car crash speaks out 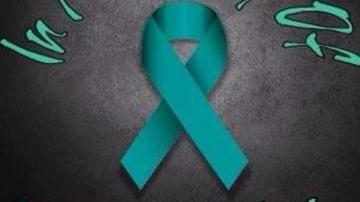 DOWAGIAC, Mich.-- A vigil was held Sunday morning for the teen who died in a car crash on Wednesday. Rebecca Walker and her 16-year-old brother were on their way to Dowagiac High School when Nathan lost control of his car on the icy road.

Walker is recovering from a cracked pelvis at Memorial Hospital, and Rebecca's visitation is at the Apostolic Lighthouse Church on Monday.

Rebecca's step grandmother said she was devastated when she got the news because Rebecca was such a beautiful person.

Linda Walker said, “She was an amazing young woman. I’ve heard people say that she’s the child that everybody wanted to have, that speaks very highly of her. She was always so uplifting and cheerful, and she never said a bad thing about anybody.”

The Walker family recently had a reunion in Virginia, and Rebecca’s aunt said Rebecca was just like any other 15-year-old girl.

Veronica Hetler said, “She made me stay up with her and talk about boys all night long!! So whoever is around her, they will feel the joy overflowing. We are definitely blessed to have had her in our life.”

At the vigil Rebecca’s youth group honored her with music and a drama performance.

Rebecca’s music teacher, Jennifer Helmuth, said Rebecca was like a second daughter to her.

Helmuth said, “Rebecca was the most positive person I knew. Often with teenagers you get the teenage drama, but there was no drama that followed Rebecca. She was who she stood for. She was a beautiful young lady.”

Rebecca’s parents Angela and Tommy were at the hospital with Nathan during the vigil Sunday morning.