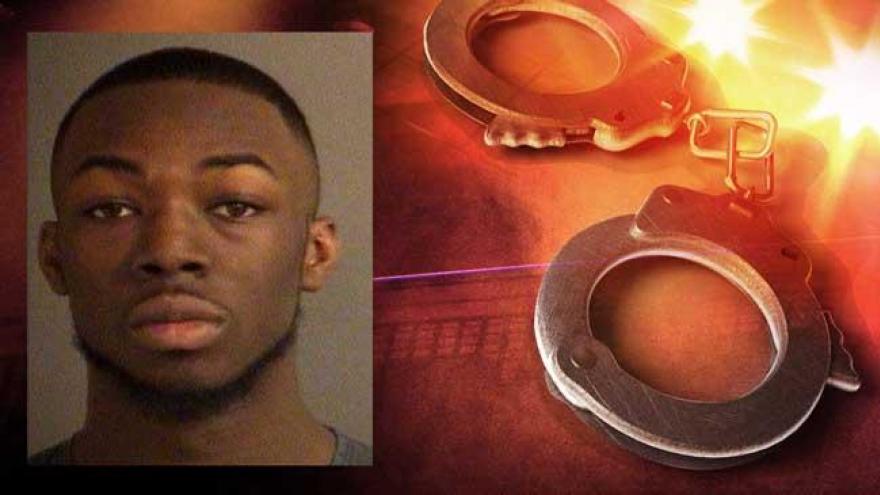 A man has been charged with armed robbery for allegedly robbing a family getting ice cream Monday evening.

Around 8 p.m., South Bend Police were dispatched to a residence on Chicago Street where the victims went after the robbery.

The male victim told police he had driven his wife, their toddler and infant to an ice cream shop on W. Western Avenue. He said his wife and children waited in the car while he went inside.

He told police he returned with the items from the shop and was getting into the driver's seat when a man "charged" at the car, according to the probable cause affidavit.

The suspect pointed a gun at him and said, "Give me everything or I will shoot you," the victim told police.

The victim gave the suspect $3 and some change, two cell phones and his wallet, according to the probable cause affidavit.

The suspect then pointed the gun at the victim's wife and demanded her valuables. She didn't have any, so the suspect got into a maroon station wagon and drove away, according to the probable cause affidavit.

The victim drove his family to a relative's house on Chicago Street to call police.

An officer noticed a maroon station wagon at a gas station on Olive and Western and spoke with the passenger of the vehicle, identified as Khiry Wilkens.

A loaded handgun with an extended magazine was in plain view in the vehicle and there was a small amount of marijuana in the vehicle as well, according to the probable cause affidavit.

While the officer was speaking with the passenger, the driver, Devontay Ross, returned to the vehicle.

Both Ross and Wilkens were taken to the department for questioning.

Ross told police he allowed Wilkens to take his vehicle while he napped. He denied knowledge of the robbery, according to the probable cause affidavit.

Wilkens was charged with two counts of armed robbery, possession of marijuana and carrying a handgun without a license.