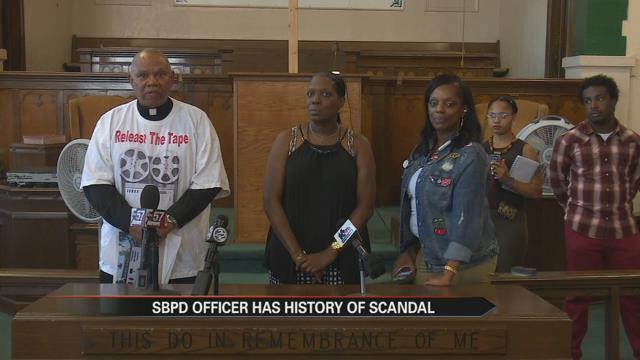 A family whose civil rights were violated by South Bend Police was awarded $18 by a jury.

In 2012, three South Bend Police officers mistook DeShawn Franklin for a wanted man, woke him up and physically assaulted him.

Sims expressed his concerns over the jury’s decision, and asked that city officials take further action.

“Why keep traumatizing the family? Why? I mean, four years of traumatizing, Its enough, and you steady doing it. It doesn’t take all of that. Enough is enough,” Candace Franklin, DeShawn’s sister said.

“There is no way the mayor and the police officers' attorneys should be talking about a lack of evidence justifying this insulting amount of money,” Sims said.

“We have worked to address this from day one. The City took a number of steps to make this right with the family, including multiple mediation attempts, and settlement offers greater than the $15,000 that has been reported. It is unfortunate that their lawyer persuaded them to walk away from the settlement process, go to trial and demand over a million dollars without presenting sufficient evidence, leaving the family empty handed. The City does not want to see the family made any worse off due to this case and is not seeking any payment from the family. "

It is important to the City, and to me personally, that we make clear that rights are taken seriously. This has motivated every step from the settlement offer to the trainings and updated practices happening in the police department.

The administration and the police department work hard to learn and grow from every incident. Since this happened in 2012, there has been a great deal of training in constitutional rights and impartial policing, and we continue to take steps to ensure our officers go above and beyond to earn and keep the trust of the community as they do their difficult and important work.”