Fans boo A-Rod at every bat 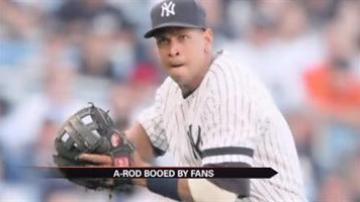 CHICAGO — Chicago is known for its baseball and its love of needling the opposition during games.

And in his second return since his 211-game suspension was announced, New York Yankees third baseman Alex Rodriguez was booed every time he stepped up to the plate in Tuesday's game against the Chicago White Sox.

At least one former player has some advice for the star.

Pete Rose was banned for life in 1989 for gambling on games. Rose said that when something like this comes up, you don't lie.

"If you're ever confronted with a controversy or something you did wrong, don't lie," said Rose. "Come forward as quickly as you possibly can and get it behind you and you know a lot of these guys who were suspended yesterday [Monday], now they come and say 'I made a mistake'."