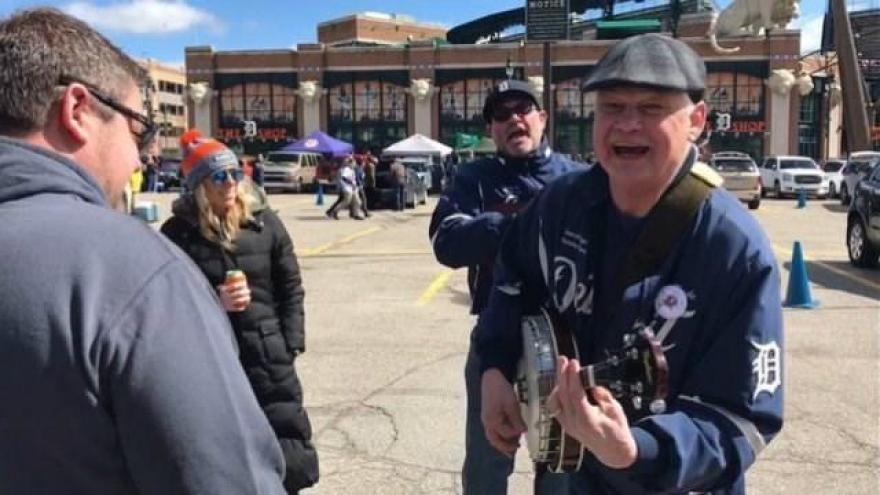 Detroit, MI -- The streets outside Comerica Park in downtown Detroit were alive with baseball fans, and those who were just looking for a good reason to crack a beer and celebrate.

As far as fan excitement goes, the home opener did not disappoint.

"It's like an unofficial holiday," said Marty Cook, a fan attending his seventh home opener in a row.

Cook took the day off of work, but he woke up early to make it inside Cheli's Chili where he and his friends had beers in hand, and a few hundred fans ready to cheer on their favorite baseball team.

"The amount of people who bumped the day off, it just shows how much they like it," said Cook.

Chris Chelios, the former Red Wing star who owns the bar, told 7 Action News that they look forward to this day all year. Situated kitty-corner to the ballpark the party inside Cheli's Chili is unmatched.

"Oh, we always look forward to it," said Chelios, pointing out that while Tigers baseball is igniting the block this week, there's even more to be excited about with the new arena for his old team being built up the road.

"You add what's going on in Detroit, this just adds to the excitement."

While the bars surrounding Comerica are packed, there's even more to be excited about on the street.

As fans rushed into the gates with tickets in hands, many stopped to take in the familiar surroundings.

It's easy to lose count of how many people stop to pose with the famed Tiger statue outside the front gate, but the excitement of the fans taking their turns for pictures never grows old.

David Schwartzenfeld was one of the thousands of faces you could find in the crowd.

Schwartzenfeld said there was no doubt he'd be here to cheer the Tigers on. As a child his father took him to opening day every year, he's started the tradition with his own son.

"It's crazy out here," said soon to be 9-year-old Hayden. "This is my sixth opening day!"

Schwartzenfeld admitted he doesn't remember the first time he put on a Tigers foam claw and cheered his team on, but his Dad does. He looked on with pride as his son talked about how Ian Kinsler, a second baseman like Hayden, is his favorite Tiger.

"It's tradition," said Schwartzenfeld. "It's our past time. It's just a time to gather together, enjoy baseball, enjoy the sport and watch him enjoy it."