Fatal crash on US 20 at Range Road 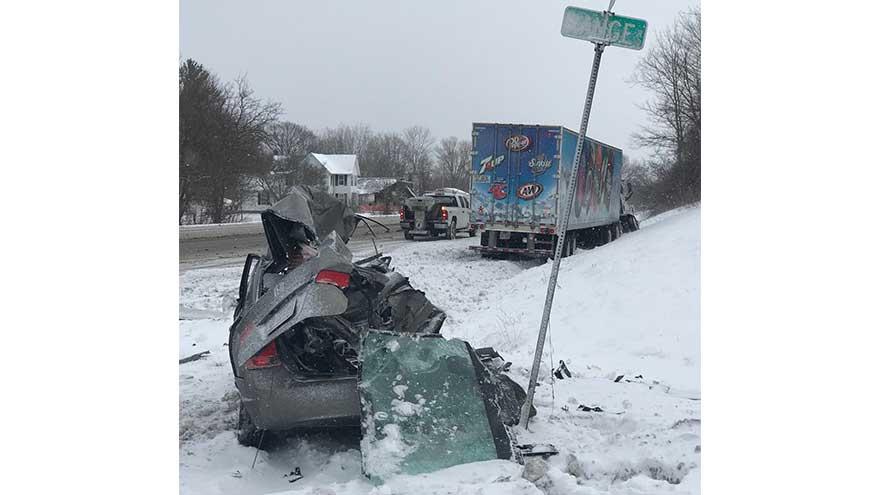 The La Porte County Sheriff's Office is investigating a fatal crash on US 20 at Range Road.

Deputies say the driver of a Honda, 21-year-old Jake Eason of La Porte, was driving west on US20 when he lost control of his car, traveled left of center and was struck broadside by an eastbound semi.

The semi struck the passenger side and forced both vehicles onto the shoulder of the round.

At the time of the crash, there was heavy snow and the roads were slick and hazardous, deputies said.

Eason was the only person in the Honda. The driver of the semi was not injured.

The crash remains under investigation, but deputies believe the weather and roadway conditions were factors.