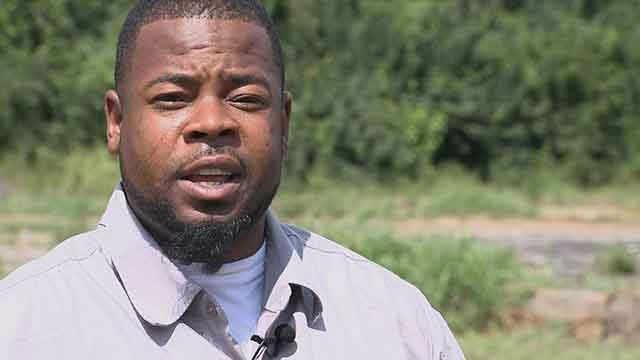 Cahokia, IL -- After his 2-year-old daughter fell into a sinkhole, a father is wondering why there continues to be uncovered sinkholes near Cahokia.

Keenan McKinney said his daughter was leaving a football game with her older teenage cousins in Cahokia when suddenly his daughter was nowhere in sight. Within a few minutes, relatives heard his little girl screaming.

News 4 cameras were rolling early Tuesday morning as city crews filled the uncovered hole only after Keenan McKinney's daughter fell and was trapped in the six-foot deep hole for about 10 minutes over the weekend.

Public Works Director, Ron Tarpley, did not want to talk on camera, but said a septic tank was where the girl fell in. Tarpley claimed there was a concrete slab over the whole with dirt on top of it and has no idea when it collapsed.

This is not the first time News 4 has covered kids falling in uncovered holes near Cahokia.

Thankfully, the girl was okay, but McKinney wonders what could have happened.

"Like I said, she could've fell down there and maybe hit her head on one of the pipes and been unresponsive. How would the city explain if I couldn't bring my child back?"