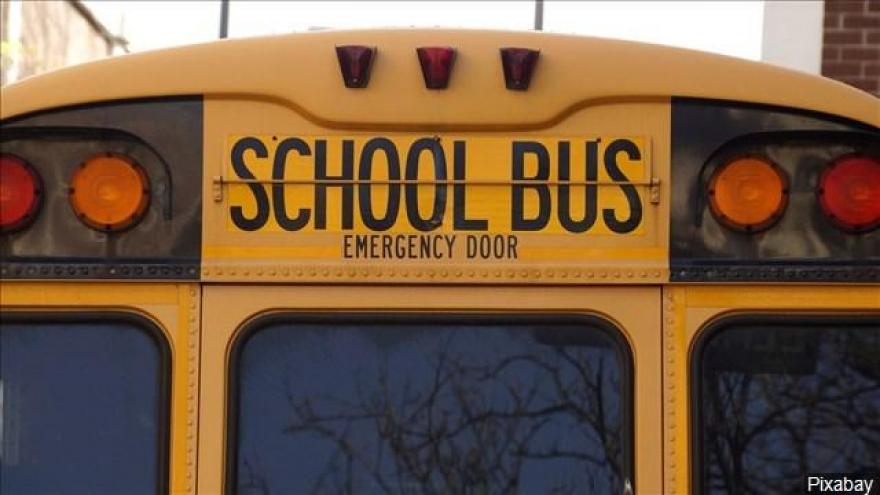 (CNN) -- A video showing a bus aide slapping a 6-year-old girl with autism has left an Illinois father heartbroken.

In the surveillance footage, the unidentified aide strikes the little girl twice as she screams while traveling to school in New Lenox, Illinois.

Nicholas Rushing said his daughter, Kaylie, is nonverbal. Rushing said he found out about the incident because the superintendent of the local school district contacted him and asked him to review the footage.

The video "broke my heart," he said.

The footage showed the woman had been touching Kayle throughout the bus ride, denying her personal space, Rushing said.

Kayle spat on the woman, who reacted by slapping her in the face, he said.

"She is an awesome kid and she is super sweet and for this to happen as a dad it almost feels like I failed her, to see that video I don't think I have ever been more mad in my life," he said.

While Kayle did not suffer any physical injuries, the incident affected how she responds to strangers, Rushing said.

"It kind of changed her personality on things," he said. "She doesn't want anything to do with people she doesn't know."

Rushing said the bus aide had only been with the bus company for two weeks and did not appear to have been trained to follow protocols around Kayle.

New Lenox police are reviewing the entire video as part of the investigation, Rushing said.

"I'm worried as a dad it may not be the first time this happened," he said. "My main goal is to make sure this never happens to any other people."

The school district told CNN affiliate WLS that the aide involved was not a district employee, and worked for the bus contractor -- Lincoln-Way Special Education District.

"I cannot provide a specific comment at this time. There is an ongoing investigation regarding an incident that allegedly occurred on a school bus. Student safety is a number one priority for the cooperative."

No charges have been filed, the affiliate reported.