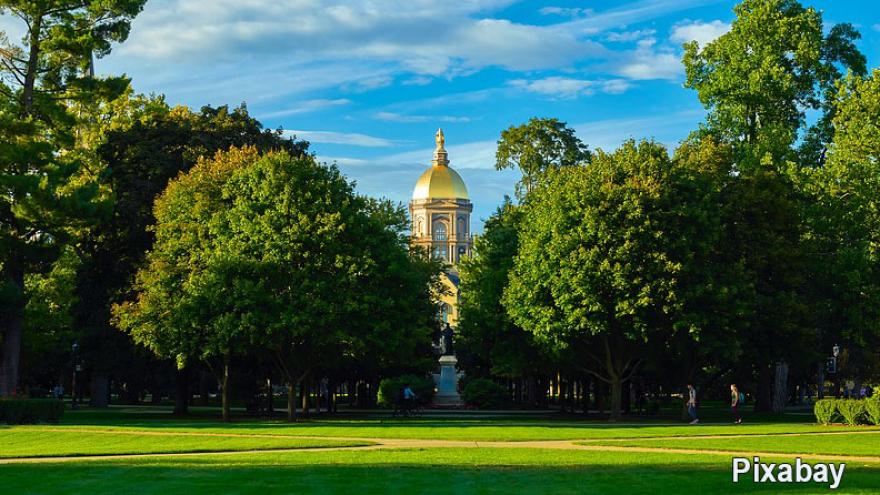 The murals, located in the ceremonial entrance of the Main Building, display Christopher Columbus’ life and exploration.

In the letter, Father Jenkins says that the original intent behind the murals, painted from 1882-1884, was to create positive, educational images for the school’s largely immigrant Catholic population facing xenophobia at the time.

“For the native peoples of this 'new' land, however, Columbus’s arrival was nothing short of a catastrophe,” said Father John I. Jenkins, Notre Dame’s President. “The murals’ depiction of Columbus as beneficent explorer and friend of the native peoples hides from view the darker side of this story, a side we must acknowledge.”

As such, the university will cover the murals with a woven material rather than move them in order to avoid damaging the original artwork.

“Our goal in making this change is to respect both Gregori’s murals, understood in their historical context, and the reality and experience of Native Americans in the aftermath of Columbus’s arrival," Father Jenkins said.

High-quality pictures of the murals will be put on display in a campus setting that will be decided at a later date by committee.