Father of Benjamin Rast talks about the meaning of Memorial Day 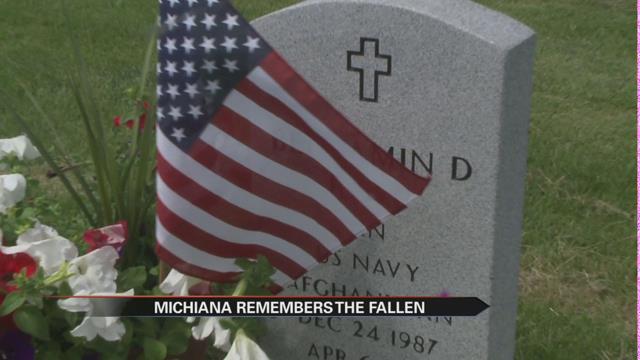 Benjamin Rast was the first American killed by friendly drone fire, back in April of 2011 in Afghanistan.

"After 9/11 he felt an obligation, he wanted to find the people who did that to us."

The meaning of Memorial Day means a lot more to the grieving father.

"Ben had committed his life to the protection of all of us."

The very oath Benjamin Rast took when he enlisted as a Navy hospital man on September 4th of  2008 is the same oath that Bob still remembers every time he visits the grave of his son.

"Ben had a sense of dedication and courage unseen by most, that's why he went to Afghanistan."

To Bob, Memorial Day is a day to remember his son's sacrifice.

"To us gold star families, every day is Memorial Day."

In the veteran section of Fairview Cemetery in Mishawaka flags flutter, and tears fall on the red, white, and blue.

For Rast, Memorial Day brings a rush of emotions, but the greatest he feels is being proud of his son.

"Our entire family is very, very proud of you son, for your courage, your dedication, and your sacrifice."

As the flag flies at half staff in memory of those who made the ultimate sacrifice in the name of freedom, this father hopes everyone can take a moment to say thank you.

"Thank you from everyone in the United States of America, thank you son, thank you."

Benjamin was deployed to Afghanistan with the 1/23 rd reserve Marines.