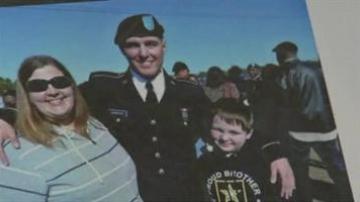 MADISON, Ind. -- A soldier from Madison, Indiana, was just a few feet away from the Fort Hood shooter.

He stood in shock as the gunman shot his sergeant last week.

The family of Private Second Class Jacob Sanders says their son immediately jumped into action, giving CPR to Sergeant Timothy Owens right after he was shot inside a transportation building.

"He came in, Jacob's sergeant, Sergeant Owens, or they called him Sergeant "O", was in front of Jacob. Lopez came in, brandished his weapon. He tried to talk him down and get him to put the weapon down, and he shot Sergeant Owens and then left the building," said Sanders.

The shooter, Specialist Ivan Lopez killed three people and injured 16 others before shooting himself.