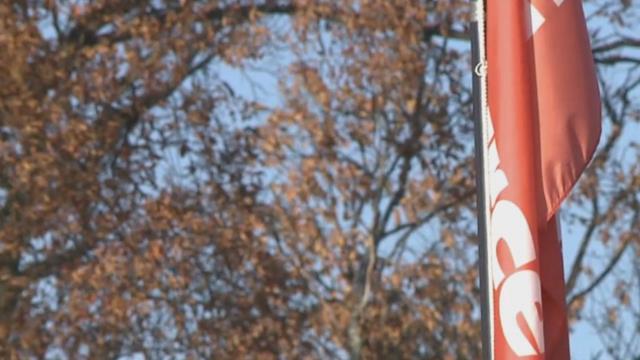 An armed robbery investigation that crossed three cities is now being handed over to the Feds.
ABC57 is continuing to follow a story that started Wednesday afternoon at a bank in Mishawaka- then lead to a swat situation in Elkhart.

Stefaniak is hoping FBI resources will solve this case.

It all started Tuesday afternoon with three armed men.

Police say they entered a First Source Bank on Lincoln Way East in Mishawaka taking an undisclosed amount of money.

Two scenes would follow one at an apartment in Osceola, which police haven’t confirmed is related to the initial crime.

Another at a home in Elkhart on McKinley Avenue.

Police stayed there much of the night.

They obtained a search warrant and went inside.

No one was arrested.

On Thursday afternoon Mishawaka police say because of different circumstances like guns being involved and the fact that the investigation crossed two jurisdictions, the FBI will take the lead.