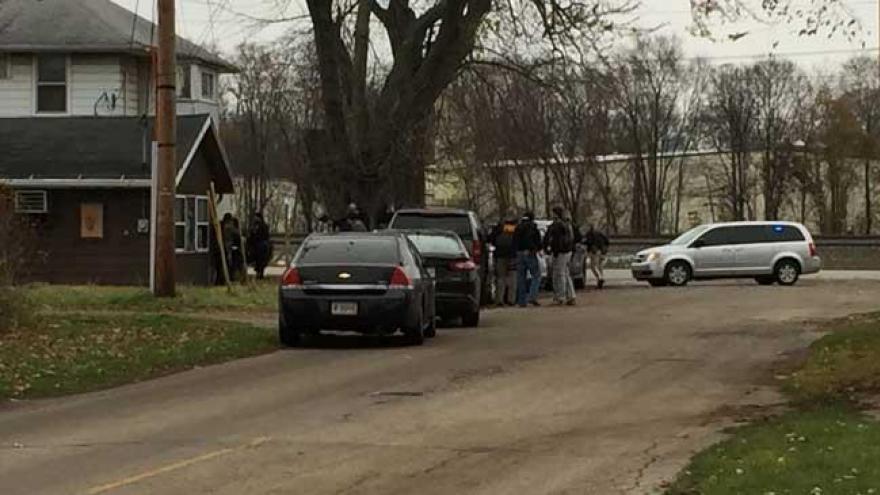 The FBI, Elkhart Police were stationed outside a home on Main Street at Bismark Avenue Thursday around noon. The situation ended after a man was taken into custody.

Roads in the area were blocked off, including part of Main Street during the two hour incident.

The FBI, US Marshals and Elkhart Police surrounded the home on Main Street.

Chris Snyder with the Elkhart Police Department said the man who was taken into custody is the third suspect in the bank robbery at the 1st Source Bank in Osceola. He was identified as Jeffery Wilson.

"Our department was contacted by the FBI and US Marshals and asked to assist them while they were serving an arrest warrant. The arrest warrant was for a Jeffery Wilson. The warrant stemmed from a bank robbery that happened in Osceola or Mishawaka. It was a Mishawaka case. So this was another suspect that was involved in that," Sergeant Snyder said.

Snyder said they worked to assist the FBI and US Marshals in this case.

The other two suspects in the robbery have been identified as Lamont Hawkins and David Woods. Both were arrested hours after the robbery in Elkhart.

Police were led to their location by a GPS hidden with the cash.