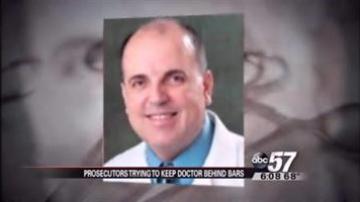 DETROIT — Federal prosecutors are fighting to keep a Michigan doctor behind bars.

Prosecutors say that the doctor lied to his patients about their cancer diagnosis.

Last week, federal agents arrested the Dr. Farid Fata and raided many of his Detroit offices.

An attorney alleges he gave unnecessary chemotherapy to patients in remission. The doctor is also accused of fabricating diagnoses in order to get millions from Medicare.

"I was disgusted and I was still sitting in the car in the parking lot and I was truly in tears just because of what I saw and how patients were getting chemotherapy," said Angela Swantek, an oncology who nurse who filed  the complaint.

Fata's attorney says his client is innocent. He also claims that federal agents have been duped by disgruntled employees.