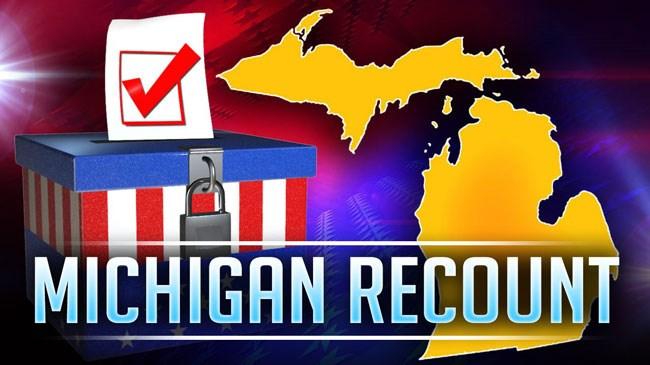 A federal judge has ruled to lift the restraining order that started the Michigan Presidential recount, stopping the process it in its tracks Wednesday night.

The Michigan Board of Canvassers voted 3-1 to stop the recount if the order was lifted, according to ABC affiliate, WXYZ.

Sources say representatives for Green Party candidate Jill Stein released a statement noting the party's disappointment in the ruling and the possibility of an appeal to the Michigan Supreme Court.

In a huge victory for Michigan taxpayers and the rule of law, this recount is stopped. Our State of Michigan judicial system and the State Board of Canvassers protected Michigan taxpayers from a frivolous recount that would have cost millions of more tax dollars a day.

Original Story: Late Tuesday, the Michigan Court of Appeals ruled on Attorney General Bill Schuette's request for the Board of Canvassers to reject Jill Stein's presidential recount request because her request did not meet all the requirements under law. Wednesday, a federal court is hearing arguments concerning the recount.

The Court of Appeals stated in its decision the Board of Canvassers had a legal obligation to deny Stein's petition because she was not "aggrieved on account of fraud or mistake."

The court stated the candidate must be able to "allege a good faith belief that but for mistake or fraud, the candidate would have a reasonable chance of winning the election."

Because Stein did not allege she was aggrieved or that the recount would change the outcome of the election, the court says the Board of Canvassers should have rejected her petition.

Attorneys speaking against the recount stated Stein is not an aggrieved candidate and a recount will not change the outcome of the election.