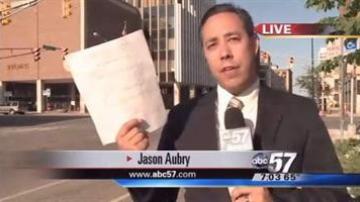 SOUTH BEND, Ind. -- It's been nearly two months and for the first time, federal documents indicating an investigation and a federal wiretapping have now surfaced.

A Grand Jury subpoena for the recordings was handed over by Mayor Pete Buttigieg's Administration at the request of the Common Council on Tuesday night.

ABC 57 also received a copy of the subpoena and did some digging.

There are some questions about its validity because of the hand-written dates, but Karen DePaepe said it is the same subpoena she was served back in January.