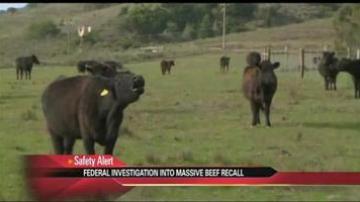 The U.S. House is throwing its support behind the investigation of a slaughterhouse in California that issued one of the biggest meat recalls in years.

The congressional action authorizes $1 million in extra funding to provide a completion of the probe into the Rancho Feeding Corporation in Petaluma, California.

Investigators said they believe the company bought diseased cows and then processed them when government inspectors weren't there.

After the cows were killed, employees would hide the warning signs of cancer by trimming off diseased parts, using a fake stamp of approval or even replacing the heads of sick cows with ones from healthy animals.

In February, 9 million pounds of meat were recalled.