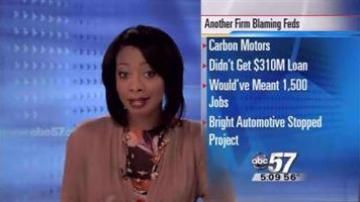 CONNERSVILLE, Ind. -- Another Indiana firm is blaming the government for shutting down plans to put Hoosiers to work.

They planned to hire 1,500 people. Just last week, Bright Automotive announced it was folding after failing to receive a similar energy loan of $450 million.