Fewer voters show up at polls to cast their ballots 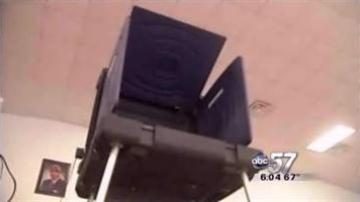 INDIANAPOLIS -- As expected, many Indiana voters stayed away from the polls on Tuesday.

"We've only had 10 people come through. Normally we would have about 30 or 35 come through.  So, we are real slow right now," said George France, a poll worker.

Indiana election officials said voter turnout is down significantly from the 2008 Presidential Primary, but remember -- the Obama-Clinton race had not been decided yet.

Some polling places were busier than others.

Voter turnout in Indiana is expected to be about 20 percent.