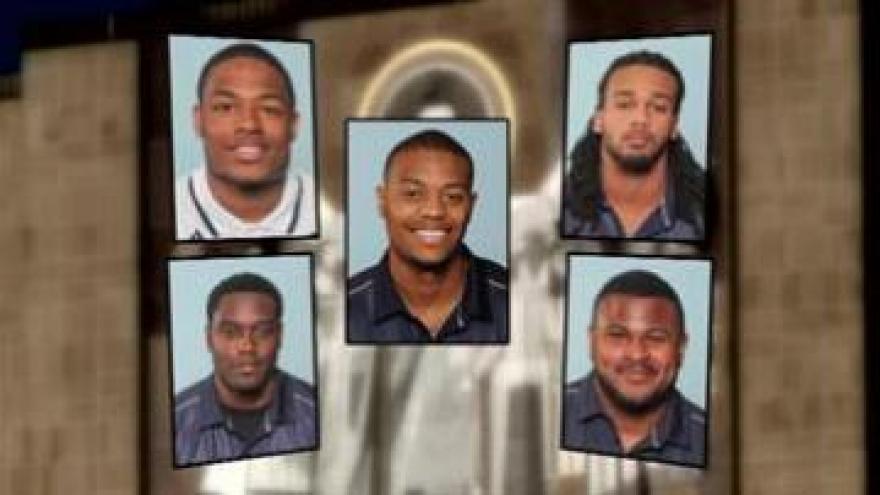 NOTRE DAME, Ind. -- The University of Notre Dame has announced a fifth football player, Eilar Hardy, will not be practicing or playing in games as part of the investigation into academic dishonesty.

As Notre Dame's internal investigation relating to potential NCAA violations reaches its conclusion, a decision has been made to hold a fifth football player out from practice and competition. As with all cases of suspected academic dishonesty, the matter will now be subject to the University's honor code process.

The university held a press conference on August 15 to announce the four players were not being allowed to practice or play in any games until an investigation into allegations of academic dishonesty is complete.

The players are accused of turning in papers and homework they did not write.

University President Reverend John I Jenkins, CSC said on August 15 that if the players were found to have committed violations of the honor code, the Honesty Committee would determine their punishment.