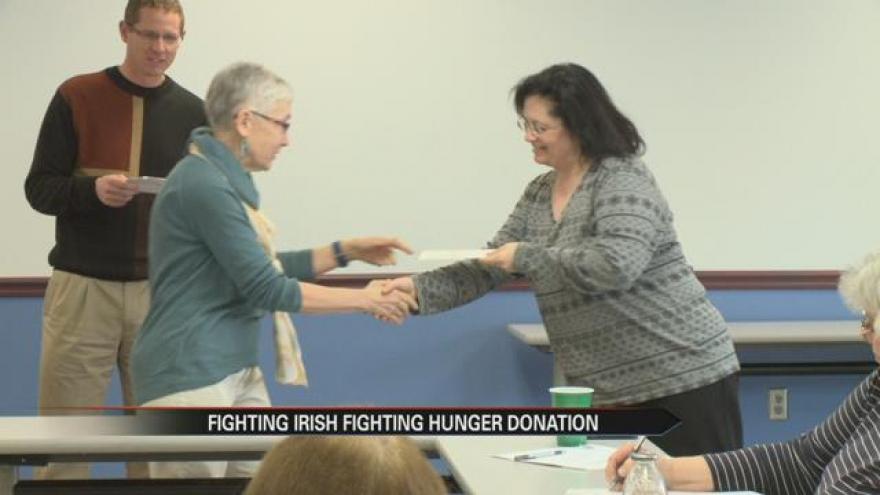 Representatives with the Fighting Irish Fighting Hunger food drive presented a check for $17,000 to the United Way on Thursday.

The Fighting Irish Fighting Hunger food drive is held each year in September.

The funds collected will be divided among the United Way's People Gotta Eat initiative and the Food Bank of Northern Indiana.

People Gotta Eat is a group of 11 St. Joseph County food pantries that have banded together under the United Way.

The money will be distributed according to the number of households served by the pantry.