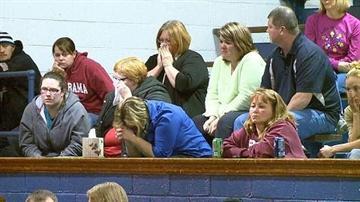 GALIEN, Mich, - All of the teachers and support staff at Galien Township Schools are set to lose their jobs by the end of December.

The Galien School Board voted 5-0 with one abstain to layoff the staff Wednesday night at a special meeting of the board. The School Board determined the layoffs were economically necessary.

Currently the district has to give back $545,000 in funding because the state claims they said they had more students than were enrolled at the school. The discrepancy in the number of students originated in the count of Alternative High School Students over a three school year period.

The state of Michigan audited the school’s enrollment for the 2008-09, 2009-10, and 2010-11 school years. The state is currently withholding a varied amount each month as a way to recoup the half-million in funds.

Withholding funding this way puts the school district under the gun when it comes to meeting operating expenses.

Because schools use the previous year’s student count to give them an idea of how much revenue they can budget for, a cut in funding can cause serious shortfalls if the district doesn’t have a well-stocked coffer.

That’s the case with Galien Township; their coffers have run dry as student enrollment has steadily declined over the years.

To make matters worse, the district borrowed $350,000 from the state treasury in August of 2010, in order to pay the bills.

This loan is scheduled to be paid back in seven installments of $50,000 starting in January 2012.

The withholding of funding now makes it impossible for the school district to pay off the loan, and still afford to pay the bills and teacher’s salaries.

Because the teacher’s contracts say they must be given 30 days notice before a layoff, the school district had to initiate the layoffs Wednesday. But that doesn’t mean they have to go through with them.

The School Board and the Superintendent, Tim Allard, have been invited to meet with state officials to discuss the situation. Allard has asked this meeting take place before December 12.

The state’s ruling on the school districts appeal of the miscounted students has been given a hard deadline as well; no later than December 9.

Allard is also trying to convince the treasury to restructure the loan from 2010. There is likely little that can be done though, according to Allard.

If they are successful the Board could rescind the layoff’s at their next scheduled board meeting set for December 12.

However, if the appeal is denied or does not significantly reduce the amount owed back to the state and; if Allard cannot get the loan restructured, the district will have no choice but to follow through with the layoffs.

If that were to happen, it would leave the school with no teachers or support staff, effectively shutting the school down. Should that happen, the 111 students who are currently enrolled at Galien Township would be relocated to any other schools in Berrien County that were interested in taking them.

This leaves parents with difficult decisions to make. Several parents of Galien Township students do not have transportation for themselves, let alone their children. Those parents say, they do not feel qualified or capable of homeschooling their children.

This plight is not something unique to Galien Township Schools. It is happening across the state in small communities.

Two big contributors to the downfall of small town school districts are school of choice and Proposal A from the 90’s.

School of choice has allowed parents who want their child to have access to a different kind of opportunity than can be found in their current district to send them to a neighboring one.

For small schools like Galien Township, who didn’t have a band, a swimming pool, or the financial ability to pay for high quality athletics coaches, school of choice stripped them of students; dropping them into a cycle of diminishing revenue, slowly bleeding them to death.

As student numbers fell, the passage of Proposal A has prevented them from raising money through the community. Because they cannot ask for the passage of a millage, the only revenue they have left is what they get per pupil from the state.

Their inability to offer these classes and hire those teachers forced them to shut down their high school, driving even more students away and dropping revenue drastically.

Now saddled with two large buildings, one of which is not being used, the districts overhead is massive.

The district is trying to sell off the elementary school, and while Allard is confident it will eventually sell; he is concerned that it will not go for their asking price, $290,000.

Even if it does, Allard says the cash would help their financial problems but not solve them.

Despite all of this, Allard and the school board members have vowed to keep looking for a way to keep the school open.