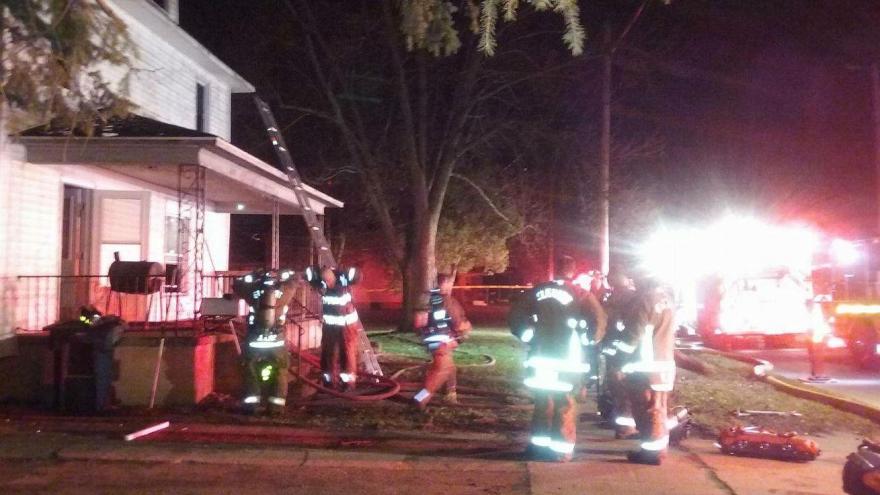 Firefighters were on the scene of a house fire near the intersection of Indiana and Franklin avenues in Elkhart Tuesday night, according to our reporting partners at The Elkhart Truth.

Upon arrival, the rear of the home was engulfed in flames according to the Elkhart Assistant Fire Chief Steve Kamp.

An electric line was torn away from the rear of the home, which sparked for about 15 minutes until the utility company arrived to turn off power to the home, according to the Elkhart Truth.

They say there was extensive damage to the building and firefighters were breaking windows as heavy smoke escaped the home.