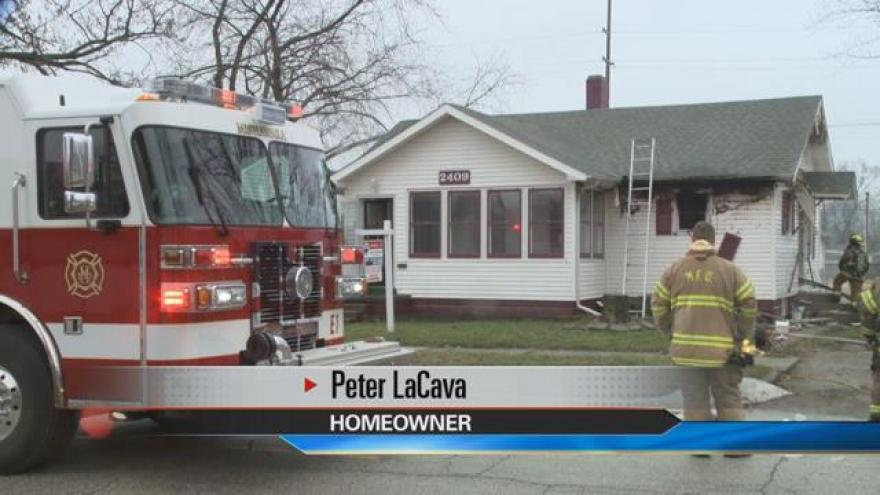 A fire caused extensive damage to a home at 2409 4th Street in Mishawaka on Tuesday afternoon.

Officials say they responded to the fire around 1:30. They believe it started in the kitchen and are looking into the cause.

Owner Peter LaCava, who has been renting out the home for 20 years, was in the process of selling it. The sale was scheduled to be completed on Friday, just three days from the fire.

The home was appraised at $60,000. LaCava says he planned to invest the money from the sale.

“It was going to close this week after the final inspection but of course now it’s not going to be sold. I’m pretty upset, I was going expecting the money to use for something else. Now, of course, that’s not going to happen,” said LaCava.

The home is insured, but now the process will be delayed.

“For it to be so close and to happen I just feel so bad for him. You know? He’s getting up there in years and he’s been dealing with this for a long time and you just want things to work out well and for it to happen this close to being done it’s just terrible,” said LaCava’s grandson Aaron LaCava.

Aaron rented the home for several years when he and his wife first married. It was their first home together.

“It’s got some sentimental value to it. We did a little fixing up and painting and put our own little touches on it and made it our own so it’s sad to see it in this condition,” said Aaron.

As a South Bend firefighter, Aaron has seen fires destroy many other family homes.

“I’m used to, you know, going there and putting it out and then going home and getting cleaned up. It’s a little different when it’s your family or a place that you’ve lived and dealing with the aftermath more so than the actual event so it’s a totally different feeling and experience,” said Aaron.

The Mishawaka Fire Department says they are still investigating the cause of the fire and the extent of the damage.