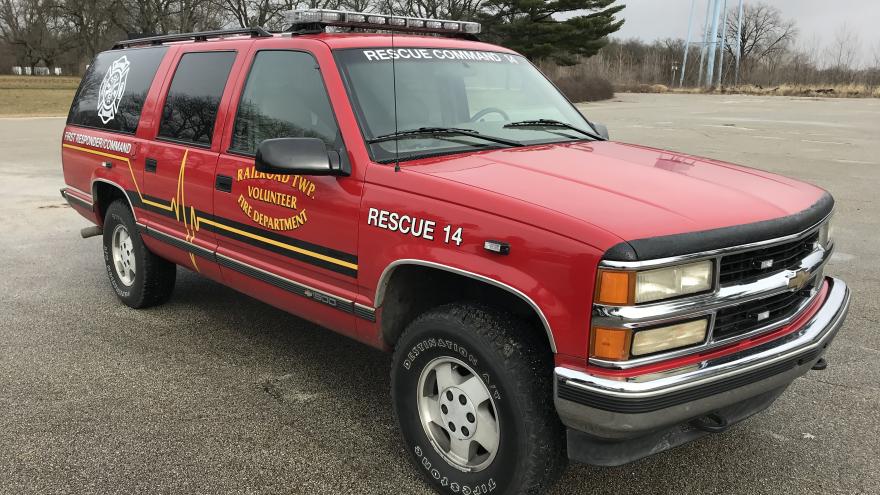 SAN PIERRE, Ind. – Drama between the volunteer fire department and the township trustee in San Pierre is causing some major safety concerns for the people who live there. For 5 days last week, the Railroad Township Volunteer Fire Department refused to respond to calls. In that time, there were two crashes in which surrounding fire departments picked up the slack. North Judson has the closest department. It’s 7 miles away and takes at least five minutes to get to San Pierre.

Darabaris says his main concern is insurance for his crew. He says the township trustee has not made sure all of the volunteers are covered.

“We’re having issued with insurance, of, who’s being covered and who’s not.” He said.

He sent a letter to Township Trustee Mandy Thomason laying out 7 perceived breaches of contract. On top of the insurance issue, he says medical equipment is not being provided and firefighters have been forced to buy certain equipment out of pocket. However, after missing two calls, he says the department will now respond to all emergencies.

“I’m waiting for an email back from the insurance company. I sent them a new roster. And hopefully, everything goes through and they will be insured.” He said.

Thomason says the reason several of the members aren’t insured is because they have not gone through the complete hiring process. She claims none of them have had background checks and she has not signed off on their positions.

She also refutes the claims about equipment. She says firefighters did not follow protocol by getting a purchase order for some of the purchases. So, they are not being reimbursed. She also says an unauthorized person made the purchase of some boots, so that will also not be reimbursed.

That unauthorized person who made the purchase is the former chief, Andrew Tilleraas, who is currently being sued by Thomason.

“Nothing that deals with Tilleraas has nothing to do what’s going on now. My biggest thing is my guy’s safety.” Darabaris said.

However, in the Nov. 24th letter, the department mentioned a hostile work environment created by the trustee for “unwarranted legal action” and “harassing a dedicated, beneficial member.”

Court documents uncovered by ABC57 News show Thomason removed Tilleraas from the department in December of last year. He was supposed to be suspended until the end of this year. In the documents, Thomason claimed Tilleraas used abusive language toward a subordinate. It’s unclear who that subordinate is.

The lawsuit claims Tilleraas continued to act as a firefighter and use fire department equipment. A judge approved a temporary injunction against Tilleraas in November.

Tilleraas cancelled an interview scheduled with ABC57 for Monday.

Thomason says it’s unclear exactly what’s going to happen to the fire department. There could be a change of leadership or a contract with an outside department.