Fire displaces family of five; owners say they have no insurance 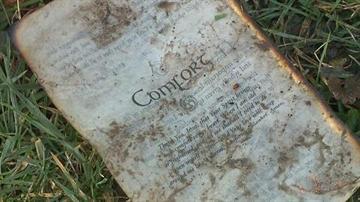 WATERVLEIT, Mich. – Firefighters were still at a home on Paw Paw Avenue hours after a fire broke out, destroying everything the owners had.

No one was at home when the fire started, and no one was injured, according to firefighters at the scene.

As of Sunday night, the Blodgett’s family dog was still missing and firefighters say they did not find it after searching the home.

Everything inside of the two-story structure was burnt including the clothes and toys of the family’s three children.

The two girls, 10 and 12 years old, and a boy, 8 years old, sifted through the wreckage looking for anything they could salvage.

They found two photographs and a decorative stone covered in soot and ash.

Their mother, Bridget Blodgett, surveyed the damage with them in disbelief.

She and her husband, Michael, had purchased the home about seven months ago, but had not picked up insurance for it, according to Blodgett.

While the home is still standing the Blodgett’s can’t live in it, according to firefighters.

In the meantime, Bridget is getting support from her church family.

The River of Life Church, at 8712 Red Arrow Highway, is putting the Blodgett’s up in a hotel for a couple nights.

They’ve also agreed to be a drop off location for donations for the family.

Now, Bridget and her children are relying on their faith to see them through this terrible time.

To make matters worse Michael Blodgett was in jail at the time of the fire.

He is being detained for a parole violation he didn’t commit, according to Bridget.

Berrien County Sheriff Deputy Clark told ABC 57, Blodgett is under arrest at the request of his parole officer.

Blodgett will be held until he is charged with a crime or his parole officer releases him, according to Deputy Clark.

At the home on Paw Paw Avenue, firefighters continue to investigate the blaze.