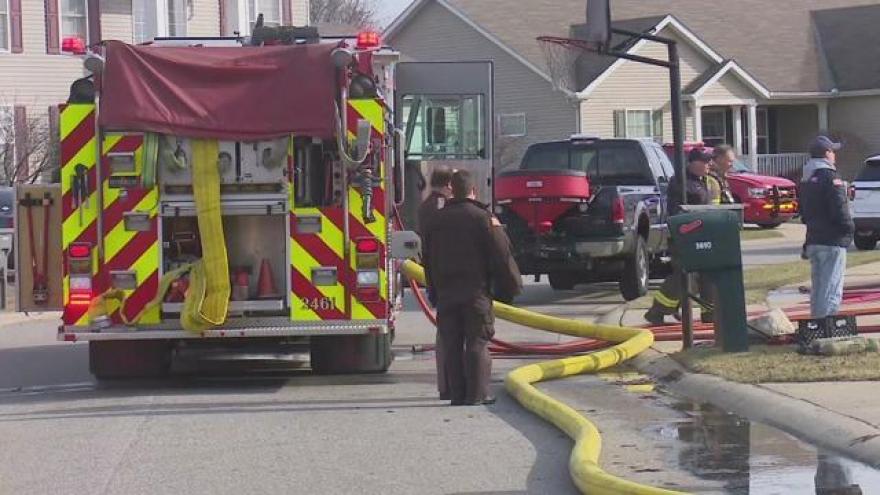 It took Penn Township, Baugo Township, and Mishawaka fire crews nearly 10 minutes to arrive to a house fire in Osceola Friday morning, after Osceola did not respond to two dispatch calls.  The national average response time is 4-6 minutes.

This is fueling the ongoing controversy between Penn Township Fire and the Osceola Town Council.

As ABC57 has been reporting, Penn Township has been responding to Osceola's emergency calls, because they don't have the manpower.

A call came in at 11:31 a.m., with news of a possible dryer fire in Osceola.  When that crew, which ABC57 learned only consists of one volunteer firefighter, didn't respond, neighboring fire departments came to the rescue.

"We are not obligated to do that, but we feel a moral obligation to do what we can to help," says Penn Township Fire Chief, John VanBruaene.

VanBruaene says time is crucial when it comes to fires, and quick responses are necessary. Including this fire.

"It got worse as time went on, because of a lack of response by the town," he explains. "It ended up being more than a dryer fire. It got up into the first floor area and a lot of smoke damage throughout the house.

He believes action needs to be taken now.

"Without a fire department, theres a lot at stake here. Especially a life," adds VanBruaene.

A woman and her children were inside the Osceola home when the fire started.  Although there were no injuries and they were able to get out safely, VanBruaene says this is an example of why things need to change.

Friday, Osceola Town Council President Debra Davis issued a statement to ABC57.  It said in part, there was an  "ongoing discussion to reach a mutual agreeable arrangement for emergency response services."  Which is exactly what Penn Township has been asking for.

"It's not cheap to run a fire department, it costs money and all we're asking for is a fair share," says VanBruaene. "We're asking them no more than we would ask our own community."

A rough estimate? $200,000 a year.  They just want compensation for making those calls and justify using their manpower.

As negotiations and meetings continue, VanBruaene says he hopes that Osceola residents are aware of what's going on in their community.

"Awareness for the town of Osceola residents," he says. "What can happen in a short period of time.  Time is an element."